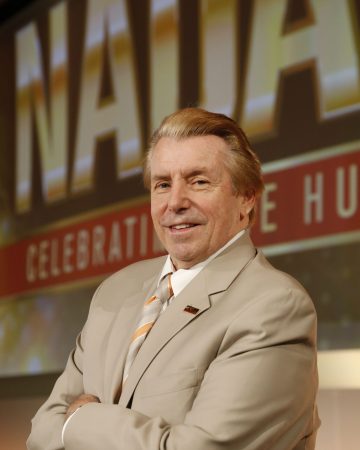 TYSONS, Va. – Trade show and hospitality industry veteran Steve Pitt passed away Aug. 13 at the age of 76. Pitt was with the National Automobile Dealers Association (NADA) for 47 years. Pitt most recently served as Senior Vice President of NADA’s Conventions and Expositions Group, which is responsible for the industry-leading annual NADA Show, before retiring in early 2022, immediately after his final NADA Show in Las Vegas.

During his tenure, Pitt helped boost the prominence of the NADA Show, which today draws over 20,000 attendees and 600-plus exhibitors. He also helped grow the NADA Show to more than 700,000 square feet, leading to its consistent ranking as one of Trade Show Executive’s Gold 100 shows, honoring the top trade shows in the U.S. that offer the largest exhibit spaces.

“Steve will be remembered for his leadership, dedication and his success in transforming the NADA Show into the Auto Industry Event of the Year,” NADA President and CEO Mike Stanton said in a statement.

Pitt was involved in various organizations throughout the industry, including the American Society of Association Executives (ASAE), the International Association of Exhibitions and Events (IAEE), and the Professional Convention Management Association (PCMA). He also was on client advisory boards for convention centers in Las Vegas, New Orleans, Orlando and San Francisco. Pitt was also an Air Force veteran and was active with the Center for Exhibition Industry Research (CEIR).

“Steve Pitt was a great man professionally and personally. He treated everyone with respect whether a vendor partner or NADA staff member. He had a huge heart and will be missed by all,” Sallee Pavlovich, Vice President of National Accounts and Tradeshows for New Orleans & Company, said. Pavlovich led the NADA account and worked with Pitt for more than 30 years.

One notable story about Pitt regarding the NADA Show in New Orleans dates to 9/11. Following the Sept. 11 attacks in 2001, the NFL’s entire game schedule was disrupted, postponing the Super Bowl, which was slated for New Orleans, by one week — the same weekend the NADA Show was scheduled to be in New Orleans. The city could not accommodate both events simultaneously. Pitt is credited with working with the New Orleans CVB to reschedule the show and allow the Super Bowl to move forward.

“Steve had a huge impact on our industry and will be missed by all,” Elaine Williams, Senior Director of Sales and Services at the New Orleans Ernest N. Morial Convention Center, said. “Personally, I was lucky to consider him both a friend and mentor as he helped me grasp the convention industry from the day I met him in 1997. Steve made an impact on the city of New Orleans during his time at NADA as well, by leading the organization as it made several contributions over the years to local charitable organizations, including helping rebuild local schools and providing essential funds to the Second Harvest Food Bank. Our hearts are deeply saddened by the loss of Steve Pitt.”