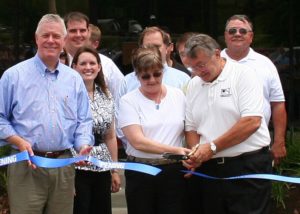 ST. LOUIS—What began as a small startup founded by a young Austrian couple, Dieter and Catherine Ungerboeck, is today—35 years later—a global force in the events industry with more than 500 employees.

Ungerboeck’s roots stretch back to Chesterfield, Mo., the birthplace of then-Ungerboeck Systems Inc. and EBMS. At the time, the company was just a small team building custom solutions for the process manufacturing industry, with Dieter in charge of customer relationships and Catherine in charge of software development.

In 1989, they were asked by the St. Louis Convention and Exhibition Bureau and Los Angeles Convention Center to build a custom solution for their venues. The result was EBMS (Event Business Management Systems), the first name for the company’s event management software. In 1994, the first PC-based version of EBMS was released, and in 2003, the company launched its widely known Version 19.

With the release of its browser-based Version 20, Ungerboeck decided to step away from the product name EBMS and from the company name Ungerboeck Systems Inc., changing its name to Ungerboeck Software International, and the software name to Ungerboeck software. In 2019, the company changed its name again—to, simply,Ungerboeck—with a new focus on mobile solutions, agility, connectivity and providing real-time information to its event customers.

In the COVID-19 era, that mission has shifted to service virtual conferences and the company has rolled out a new solution: a Virtual Event Extension to manage online participants and event details, as well as statistics.

“Reflecting on the Ungerboeck journey in the current context give us a lot of hope and courage that this will pass like other calamities that have passed and we all will be meeting again like we have over the last 35 years,” said Manish Chandak, Ungerboeck CEO/President. “We are thankful to the industry and our customers that have created so much economic benefit for people and local communities and service providers like us for all these years of our history.”

Today’s Ungerboeck platform is used by more than 50,000 event pros in 50 countries around the world, with customers ranging from stadiums to Las Vegas hotels to some of the world’s largest convention centers. From its humble beginnings as a husband-and-wife team 35 years ago, that’s something to celebrate.