The Amazing Life and Legacy of Stan Einzig 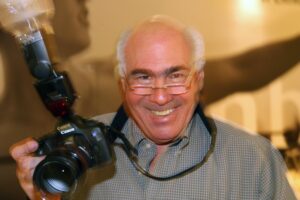 BOYNTON BEACH, Fla. — For 30 years, Stan Einzig could be seen at trade shows all over the world, lugging his trademark 6-foot ladder on one shoulder with his cameras slung over the other. A friendly face as well as a friend to some of the biggest names in the industry, Stan has passed away. He is survived by his wife (and for many years business partner) Marlene and three children: David, Steve and Nancy. Stan turned 80 in August and was able to spend that milestone day surrounded by his loved ones.

What some might not realize about the Stan they knew from their trade shows is that he began his career in a very different milieu. After apprenticing under well-known society photographer Charles Leon and then with some of the Associated Press’ biggest-name photographers in the 1960s, he had the chance to photograph Jacqueline Kennedy Onassis — including for the covers of Life, Vogue and Cosmopolitan — and became the one photographer to whom she would give access. The notoriously private former First Lady “just loved Stan,” recalled his son David, who is the Founder of VIP Guest Invites and IndustryConnect. “If she was going to let anyone photograph her life, it was going to be him.” 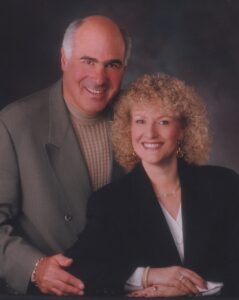 Stan also became the personal photographer to eccentric Surrealist painter Salvador Dali, working to photograph and catalog his artwork and various events such as birthdays, and eventually becoming his friend.

A highlight of his career was the chance to be backstage with The Beatles at Ed Sullivan Theater the night they introduced the world to rock and roll. “Dad was sort of this wild child photographer in those days doing all these crazy things, when at the same time he got an assignment at the New York Colosseum that changed his life,” David recalled. It was then that he discovered trade shows and Einzig Photographers was born.

He was able to apply his fresh, artistic eye to the show floor, including at the first-ever Consumer Electronics Show (CES). “Stan was our official photographer since CES began in 1967 in New York and worked with us well past the turn of the century,” Gary Shapiro, President and CEO of the Consumer Technology Association, organizers of CES, said. “He was more than our photographer — he was our friend and part of our team. He was always kind, positive, patient and worked hard without complaint.

“I loved his stories about Jackie Kennedy and still wonder what happened to his shoeboxes of her photos that were never shared with the press!” Shapiro said. “Of course, he was also great at trade show shots, from ribbon-cutting to crowd shots to VIPs, group shots and crowded exhibit and aisle shots. I  picture him now at the entrance, directing the incoming throngs of VIPs to ‘Look this way!’ as he recorded their entrance for posterity.” 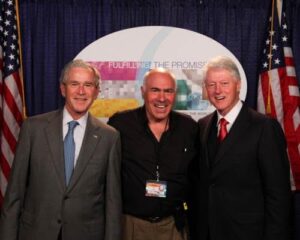 “He had a way of capturing the essence of the show floor in a way that looked jam-packed with crowds of people busy meeting and doing business,” David said. “If you were an exhibitor, you would say, ‘I need to be at this show!’”

In the years that followed, Stan would have the chance to photograph U.S. presidents including Bill Clinton and George Bush, as well as some of the biggest names in corporate America at their most pivotal moments, including Apple’s Steve Jobs during the introduction of the iPod. He would go on to win numerous awards, including the prestigious Diamond Award from the Professional Photographers of America.

But those in the trade show industry will always know and love him as … Stan.

“My father was a larger-than-life character with such enthusiasm, passion and sense of humor. He might have been working harder than anyone at these shows covering everything from one side of McCormick Place to the other, but it was never without a huge smile on his face and making everyone he met happier,” David said.

Following are a few recollections from his industry friends and colleagues: 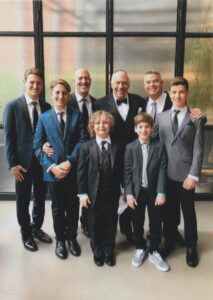