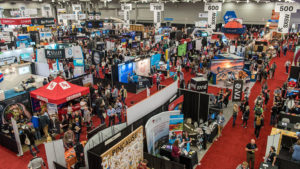 Austin, Texas — In the wake of three recent package bomb explosions in Austin, organizers of the popular SXSW conference, film and music festival at the Austin Convention Center expressed sympathy for those residents affected by the bombings and this week urged all attendees to be aware of their surroundings and follow law enforcement’s mantra, “If you see something, say something.”

Brett Cannon, a press representative for SXSW, issued a statement to Trade Show Executive saying that “safety is and always has been a top priority for SXSW.” He also noted that “at this time, the Austin Police Department does not believe that the incidents are connected to the event, (but) the substantial security operation already in place for SXSW has been instructed to be extra vigilant.”

The Austin Police Department also is offering a $50,000 reward for information that leads to the bomber and has involved the FBI and the Bureau of Alcohol, Tobacco and Firearms (ATF).

On the surface, the isolated bombings in residential neighborhoods may appear far removed from the festival’s activities. But many of today’s festival, convention and trade show attendees are choosing private vacation home rentals for their stay. Austin last year had 11,000 such rentals during SXSW. That makes it more important for law enforcement to reach out to visitors staying in residential areas where incidents have occurred.

The recent handful of bombings are not the first incidents for Austin during SXSW. In 2014, a driver plowed into a crowd of festival-goers, killing four people. That resulted in extra policing, security checks and lighting around the venues during the two-week annual event. And when PCMA met in Austin in 2017, it included an ‘active shooter’ presentation using a local case study from an incident at SXSW to discuss how to prevent or respond to such emergencies. SXSW last year drew an aggregate 421,900 attendees to its conference, trade show, film festival and music festival, the latter of which tends to draw the biggest crowds.

Other shows also have beefed up security in response to specific incidents. In 2016, the National Association of Music Merchants (NAMM) added some security measures for the NAMM Show in Anaheim, Calif., that was staged shortly after the shootings at a government office building in San Bernardino, Calif. Those measures were published on the NAMM website and in e-news ahead of the show dates.

Bill Callaghan, Vice President of Security for United Services Co. in Chicago last year told Trade Show Executive that organizers need to monitor social media and “other potential threats” in a city at the same time as the scheduled event. “Look at the whole picture (for) anything that would disrupt your particular event or show,” he said. “Ask yourself ‘what doesn’t belong here?’ ”

Callaghan today added that any package that is mis-labeled, leaking liquids or oil-stained also should be reported. No one should attempt to pick up or kick a suspicious package, he said, as some bomb packages are motion activated.