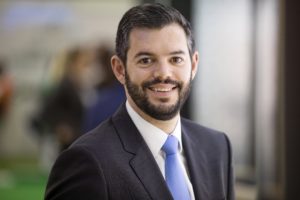 SINGAPORE – Reed Travel Exhibitions will expand its IBTM portfolio of hosted-buyer events for the business travel market next year when it launches IBTM Asia Pacific in Singapore.

The April 6-8 show at the Marina Bay Sands Expo & Convention Centre expands IBTM’s brand to six and will be its second exhibition in the Asian market. The other show is IBTM China, held in Beijing.

“It’s a market we know very well, and our research has shown that there’s genuine demand for a regionally focused event,” said IBTM Portfolio Director Shane Hannam. “It’s an exciting new addition to the industry calendar, not only for IBTM, but also for the wider business events market.”

Reed plans two days of scheduled one-to-one appointments between exhibitors and meeting planners who are seeking new partners for business events and meetings in the Asia-Pacific (APAC) market. There will also be networking events, local tours and educational sessions for attendees.

Michael Jones, a six-year veteran of Reed based in London, was named Event Manager for IBTM Asia Pacific. Reed said marketing and hosted-buyer sales would be managed from London with support from its offices in Singapore and Japan.

“The region’s business events industry is expected to see the highest growth rate in the world and could reach $441 billion by 2025,” Hannam said. “Singapore is considered as APAC’s regional hub for the business events market and … was the natural choice as our host city.”

The Beijing show will also see some strategic changes as a result of the Singapore launch. “We’re confident that IBTM Asia Pacific will give us a focused platform from which we can service the ever-increasing demand both from the inbound and outbound APAC markets,” Hannam said. “The event will also allow us to implement a strategic shift for our IBTM China event, which will refocus on bringing together the highest-quality Chinese buyers to meet with international exhibitors and international buyers to do business with Chinese exhibitors.”

This year’s IBTM China will be held Aug. 27-29 at the China National Convention Center in Beijing. Show organizers project nearly 200 exhibitors from 30 nations, including the United States, with around 3,400 attendees expected. This year’s show will include the launch of the Technology Zone, where attendees can see and learn about the rapidly expanding volume of technology products and services for the events industry.