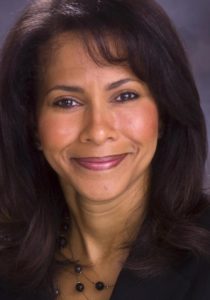 ATLANTA—After 12 years with LIGHTFAIR International (LFI), Rochelle Richardson resigned as Vice President and assumed the role of Senior Vice President of Expositions and Events at AVIXA™ where she will lead the strategy and operations for the North American InfoComm show.

LIGHTFAIR is owned and produced by the International Market Centers (IMC) Inc., which merged with AmericasMart Atlanta in July 2018. IMC, which Blackstone and Fireside Investments acquired in 2017, owns and manages 20 million square feet of exhibition space in High Point, NC, Las Vegas, and Atlanta.

Richardson joined LIGHTFAIR in 2007 and helped to lead its growth as one of the world’s largest annual lighting and design trade shows. LIGHTFAIR ranked No. 70 on the Trade Show Executive Gold 100 Class of 2017. Held in Chicago, the 2018 LIGHTFAIR drew 28,075 attendees and 600 exhibitors covering 285,600 net square feet of exhibit space.

“With more than 12 years of my career committed to LIGHTFAIR and working with a dynamic team, it has been a true honor, humbling and yet rewarding experience,” Richardson told TSE. “These have been some of the best years of my life leading and building LFI into the successful program it is today. As I transition, I can say that I am leaving LFI in a much better position.”

Robert Maricich, Chairman and CEO of LIGHTFAIR and Managing Partner IMC, said in a press release: “Rochelle has made an indelible mark on the LIGHTFAIR business across every dimension of its trade show and conference offerings. She leaves the LFI global franchise well-positioned for sustained growth.”

Richardson’s last day was February 21. IMC has initiated a search for new LFI leadership from within the lighting and design community, as well as the trade show industry at large.

LIGHTFAIR 2019, sponsored by the Illuminating Engineering Society (IES) and the International Association of Lighting Designers (IALD), will be held May 19-23 in Philadelphia at the Pennsylvania Convention Center.

In other news, LIGHTFAIR officially announced its return to Las Vegas from May 5-7 in 2020, and then in Philadelphia from May 4-6 in 2021 (https://tinyurl.com/LFI-Locations-2019). Rotating between the U.S. East and West coasts, LIGHTFAIR was last held in Las Vegas in 2014.

“LIGHTFAIR and Las Vegas are natural partners with a strong performance history setting the stage for our 2020 return,” said Maricich.  “Across every measure, LFI customers consistently name Las Vegas as their preferred west-coast venue. The 2020 trade show and conference will answer that call with all the innovations, experiences and resonance the lighting and design industry has come to expect.”