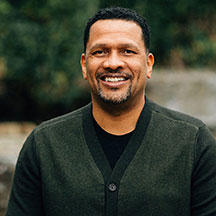 SURREY, UK — “If not us, then who? If not now, then when?” was a question Rep. John Lewis asked his entire life. The beloved civil rights icon, who recently died at the age of 80 after a battle with pancreatic cancer, served in the United States House of Representatives for Georgia’s 5th congressional district from 1987 until his death in 2020.

It is a sentiment that resonates with Ron Walden, Group Vice President of Strategic Partnerships and Activation of Reed Exhibitions USA, the company’s first global executive sponsor for race. Walden is a seasoned sales executive with broad experience in all aspects of sales, marketing and strategic planning and is a member of Reed USA’s Executive Management Team. Previously, he spent seven years with NIKE — the last four as a Senior Sales Director for Nike, North America — and is a life-long advocate committed to elevating social causes.

Further to the appointment, Hugh Jones, CEO of Reed Exhibitions, said, “The unequal treatment of Black people, and especially the recent killings of Breonna Taylor, Ahmaud Arbery, George Floyd and others have left many people around the world shocked, angry, devastated and broken-hearted. We have witnessed the collective anger reach a boiling point in many cities and communities around the world where Reed Exhibitions employees and customers live and work.

“Black Lives Matter. We stand in solidarity with our Black and ethnic minority employees, customers and partners, and we are committed to helping build a company and a world where everyone can live equitably, with dignity and free from fear.

“On behalf of Reed Exhibitions, I have signed the Business In The Community’s Race at Work Charter.”

Jones said that Walden’s role will provide Reed Exhibitions with visible leadership on race and ethnicity across the company and drive actions, such as recommending where to target charitable donations, set targets for ethnic minority representation, how to work with recruitment agencies, and how to drive mentoring and sponsorship. “He will work with me to create a team to work and advise on these matters globally,” Jones added.

Walden is quick to say that he will of course focus on talent — the recruiting, hiring, training, mentoring, promoting and rewarding of a diverse workforce. But he also wants to impact Reed events and the way they organize and hold them to ensure that Black and minority businesses and voices are heard across all sectors and in all countries.

Speaking of his appointment, Walden said, “I’m honored and proud to be named as Reed Exhibitions’ Global Executive Sponsor for Race and to work with Hugh and all our leaders across the business. We have an honest commitment from our company CEO. The intentions are clear. The goals that we are setting will be attainable and measurable. Accountability is in place. In all of my career, this is the first time I have witnessed such a comprehensive approach to taking action against systemic racism and racial injustices. We are ready.”