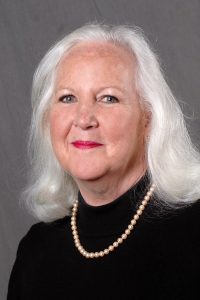 Chicago – Pat Dwyer, Senior Manager, Event Services, for SmithBucklin, has left the association management company. Dwyer has worked on the International Baking Industry Exposition (IBIE), a triennial trade show that consistently ranks on the TSE Gold 100, since 1997. Dwyer told TSE she is semi-retired but plans to continue working in the exhibition industry.

“I’m still going to be active in the industry, but I don’t currently have any specifics,” said Dwyer. “I’m exploring a couple of options right now, primarily specialized projects and consulting. I’ve got lots of experience and background knowledge that I’m hoping can be put to use.”

“Pat Dwyer has worked with us on a variety of shows throughout the years and her expertise in show operations has been extremely valuable to our clients’ trade shows,” said David Weil, Vice President of Event Services, SmithBucklin. “In fact, her contributions helped realize outstanding growth for the 2016 IBIE show and helped us deliver the largest baking event ever.”

“Pat was a huge asset to IBIE,” said Kerwin Brown, President and CEO of the Bakery Equipment Manufacturers and Allieds (BEMA), which co-sponsors IBIE. “She has so much institutional knowledge about the trade show, and we are sad to see her go.” Brown told TSE that IBIE recently signed an agreement with SmithBucklin for its next show in 2019. SmithBucklin will continue to oversee sales and operations for the IBIE. Going forward, SmithBucklin’s Weil will continue in his role for IBIE as Strategic Account Director, and Buffy Levy will serve as Trade Show Director.

“We are already planning our exhibition sales program for the 2019 Baking Expo,” Weil said. “We appreciated all of Pat’s hard work in laying the foundation for future growth. We wish her the very best, and although she retired from her work here at SmithBucklin, we are certain she’ll continue to contribute to the industry!”

Dwyer joined SmithBucklin in 1996, but she has been working in the exhibition industry since 1972. She started her career at Martin C. Dwyer, Inc., a show management firm owned by her father that was later sold to Clapp & Poliak (now part of Reed Exhibitions). Dwyer also worked on trade shows for the National Office Products Association and the International Dairy Food Association.

Dwyer served as Chair of the Major American Trade Show Organizers (MATSO) and has been an active member of the International Association of Exhibitions and Events (IAEE).