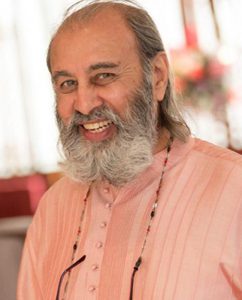 “Mr. Prem Behl believed in the India story long before it became fashionable and made the fulfillment of that ‘story’ his life’s work. He founded and spearheaded Exhibitions India Group to become a pioneer in the exhibitions industry, and devoted his life to the pursuit of excellence,” said Chandrika Behl, Director, Exhibitions India Group.

A daring and courageous entrepreneur and global icon, Behl founded EIG in 1987 and remained at the helm for over three decades. EIG was initially a trade promotional organization meant to create investment opportunities, joint ventures, and technology transfers. It evolved due to his openness to new business opportunities, considered by many an essential element of his success, with innovation one of his core values.

Recognized for his sharp vision, resilience, and infectious passion, these qualities, in addition to his work ethic, brought the company to global prominence. He was widely recognized for his pioneering initiatives, innovative standards, and lasting contributions to the exhibitions industry. A recipient of the Lifetime Achievement Award for Outstanding Contribution to the Exhibitions Industry by the Indian Exhibition Industry Association in 2017, he was a mentor to the entire EIG family. His joie de vivre and lifelong pursuits of knowledge and excellence have left behind a towering legacy.

“I am very saddened by Prem Behl’s passing. Around 33 years ago, while Vice President Asia Pacific for what is now Reed Exhibitions, I met Prem the first time. Everything destined him for success. His forward-looking intellect, his insatiable curiosity, his gentle manner yet competitive spirit all contributed to what my Indian colleagues already call a visionary,” said Cherif Moujabber, Owner and President, Creative Expo and Conferences.

From 1965-1985, before Behl became an intrepid entrepreneur, he was employed with India Foils Limited, Singer Sewing Machine Company, Usha International Limited, and the International Wool Secretariat.

In 2003, he served as the President (Northern India Council) of the Indo-American Chamber of Commerce (IACC) and was the Chairman and Co-Chairman of the Indo-US Economic Summit in 2006 and 2007, respectively. He also served as an independent director on the board of the Punjab State Hosiery & Knitwear Development Corp and was a member of the governing council of the Wool Research Association (Mumbai), and the sub-committee on exports of the Government of India, Ministry of Textiles.

For more information on Exhibitions India, go to www.exhibitionsindia.com.