Onex Acquires SMG in Deal Set to Close in 2018 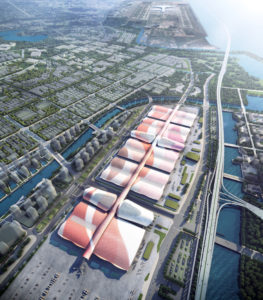 Toronto — Onex Corporation, the Canada-based equity firm that owns Emerald Expositions, acquired SMG, the management company that runs many of the largest convention centers in the U.S.

The deal between Onex and SMG’s management was struck in early December and expected to close sometime in early 2018. No changes in SMG’s growth strategy or senior management were announced.

Gregg Caren, SMG Executive Vice President, Convention Centers & Business Development, told Trade Show Executive that SMG’s trade show operations would stay the course. “The same close relationships that we have enjoyed with the trade show industry for decades will remain intact,” he said. “Just as so many of our trade show clients and partners are used to changes in private equity ownership, they can be equally sure that it will not change our daily operations one iota, either locally at our venues or at the corporate level.”

Onex had acquired Emerald from Nielsen Holdings for $950 million in a blockbuster deal in 2013. Six months later, Emerald acquired the venerable show organizer GLM for $335 million. Emerald went public through a successful IPO earlier this year.

“Onex values the deep relationships our general managers have cultivated within the municipalities we serve, its ownership mentality, and the long-term focus that make it an ideal partner for us,” said Wes Westley, CEO of SMG. “On behalf of the SMG management team, I look forward to working with Onex as we enter this next chapter of continued growth and success.”

“We’re excited to work with Wes, his management team, and the general managers at each of SMG’s venues and will continue to provide the same world-class service their clients have come to expect,” said Onex Managing Director Amir Motamedi.

Meanwhile, the best prospects for SMG’s growth may be international. The company announced in June that it was expanding overseas in a big way by agreeing to manage the Shenzhen World Exhibition & Convention Center in China. The massive center, which is under construction, will include 4.3 million square feet of exhibit space when it opens in 2019, making it about twice the size of McCormick Place.

Caren told TSE, “all of our efforts remain intact, including our global strategy.”