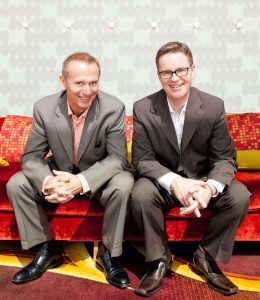 The move will add BHN’s 10 hospitality investment events to Northstar’s existing portfolio of 60+ events worldwide in the travel, meetings and hospitality sectors. And it includes the Americas Lodging Investment Summit (ALIS), the largest hotel investment conference worldwide staged in cooperation with the AHLA annually in Los Angeles. As part of the acquisition, Northstar and AHLA have formed a partnership to co-produce the ALIS Group of Events in the U.S.

The acquisition is the largest in Northstar history and makes the events business the largest segment of the company’s publishing, research, travel, technology and hospitality sectors, according to a statement by Northstar chairman and CEO Tom Kemp. “(This) is a great strategic and cultural fit with our company,” Kemp said in a release announcing the deal.

Jim Burba, founder and president, and Bob Hayes, vice president of BHN, will continue to run the BHN events under Northstar with their existing event team. BHN has produced more than 140 conferences in 22 countries with a total of nearly 100,000 international delegates. Last year, a third of those attendees represented capital markets or development firms. One-third of the attendees overall are C-level executives.

Of the acquisition, Burba said Northstar’s additional capabilities in event management, digital media and database marketing were important factors for future growth. But most important, he said, was that “the DNA of Northstar is like ours and it’s important to have partners that think alike.” He said that BTN had always admired Northstar’s work and the deal “didn’t feel risky.”

BHN also produces the Hotel Investment Conference Asia Pacific (HICAP) in Hong Kong and Singapore, and the Caribbean Hotel and Resort Investment Summit (CHRIS) in Miami, along with other events in London and Mumbai. Upcoming ALIS Summit conferences are set for Los Angeles, Chicago, Atlanta and Boston in July.

In December, Burba Hotel Network was named one of the 500 most influential companies in the SoCal region by the Orange County Business Journal.