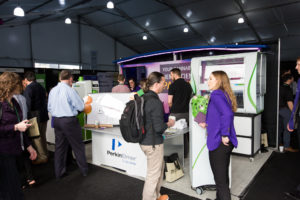 LAKEWOOD, Colo. — Marijuana Business Daily (MJBizDaily) announced that it has purchased Emerald Scientific’s The Emerald Conference, a science-focused convention and trade show for the cannabis industry. Terms of the deal were undisclosed.

The acquisition underscores the growing importance of research tied to cannabis, said Jess Tyler, Senior Vice President, Events and Strategic Development, at MJBizDaily, a media and events company that organizes the largest trade show for the cannabis industry.

“Bringing The Emerald Conference into the MJBizDaily portfolio is exceptionally timely given that cannabis is becoming more mainstream, and as a result, the need for science and research is increasing,” Tyler said. “We’ve always been a trusted source for information and education in the cannabis business community, and we are excited to play an even larger role in the scientific community that is driving much of the business side. Additionally, this expansion furthers our other current offerings in the hemp and global cannabis space.”

Emerald Scientific, which distributes scientific equipment and supplies to the cannabis industry, launched The Emerald Conference in 2015 to bring together scientists, researchers, testing labs and businesses. MJBizDaily has partnered with Emerald Scientific since 2016 to produce the Science Symposium, a pre-conference event at the Marijuana Business Conference & Expo (MJBizCon).

MJBizDaily plans to expand education and networking opportunities at The Emerald Conference, and to offer more science-related content on its media platforms and at its other events. As part of the deal, Emerald will continue to consult with MJBizDaily on scientific content under a multiyear partnership.

“This is more than an acquisition – it’s a strategic partnership that allows us to incorporate Emerald Scientific’s thought leadership and market insights,” Chris Walsh, CEO of MJBizDaily, said in a statement. “We believe science needs to be the backbone of the cannabis sector and that it will become a much bigger part of the industry, from the business side to regulations to healthcare to the international landscape. This acquisition ensures we will play a leading role in making that happen and fostering growth.”

The sixth annual Emerald Conference will take place Feb. 26-29 at the Loews Coronado Bay Resort in San Diego and is expected to draw around 800 attendees. MJBizCon is held in Las Vegas every year. The 2015, 2016, 2017 and 2018 events were each named to Trade Show Executive’s Fastest 50 list, an annual awards program recognizing the fastest-growing trade shows in North America. The 2019 MJBizCon, held in December, drew more than 31,500 attendees.