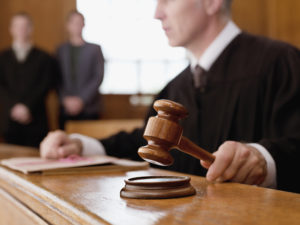 Las Vegas — When news broke that MGM Resorts International had filed suit against victims of last October’s mass shooting during the Route 91 Harvest Festival at the Las Vegas Village adjacent to the Mandalay Bay (owned by MGM), it was initially met with some astonishment. After all, the shooter had committed the massacre from his room on the 32nd floor of the Mandalay Bay hotel. Fifty-eight concert-goers died and more than 1,000 lawsuits have been filed against MGM, alleging failure to keep guests safe at the concert venue. Another 1,000 or more could still be filed, according to MGM.

MGM’s lawsuit against those seeking compensation was filed in U.S. District Courts in Nevada and California and several other states where potential plaintiffs reside. The filing claims that MGM and its contracted security vendor Contemporary Services Corp., are protected from litigation regarding the event per federal law.

While initial reports were met with some astonishment, the company said it has no intention of bringing victims and families into court. Instead, the lawsuit asks the federal court for a “Declaratory Judgment” that would clarify whether federal law prohibits lawsuits against MGM and the security vendor. If the judgment is granted, it would mean a change of venue for legal action from state to federal court. MGM is not asking for money or attorney’s fees, and the lawsuit is directed only at people who already have filed suit or are threatening to do so.

The arguments for this approach allege that, because Contemporary Services Corp. (CSC) is certified by the U.S. Department of Homeland Security under the federal Support Anti-Terrorism by Fostering Technologies Act (SAFETY ACT) and was hired by MGM to provide security for the concert, it is CSC that is liable for damages, not MGM. The filing states, “Defendants’ actual and threatened lawsuits implicate the services provided by CSC because they implicate security at the concert ….”

The SAFETY ACT was passed after 9/11 to encourage the use of security technology by private security companies acting in civilian settings — exactly what MGM says it did by hiring a DHS-certified security company for the concert.

In a written statement to Trade Show Executive, MGM company spokesperson Debra DeShong said, “While we expected the litigation that followed, we also feel strongly that victims and the community should be able to recover and find resolution in a timely manner. Congress provided that the federal courts were the correct place for such litigation relating to incidents of mass violence like this one where security services approved by the Department of Homeland Security were provided.” DeShong emphasized that the federal court is the appropriate venue for these cases to provide a timely resolution. “Years of drawn-out litigation and hearings are not in the best interest of victims, the community and those still healing,” she said.

The immediate response to the mass shooting was empathetic and resonated with the general public, raising more than $7 million in the first 48 hours after the shooting to assist families of those killed and injured in the slaughter under the banner of the Las Vegas Victims’ Fund (VEGAS STRONG) that was quickly created to help victims’ families. MGM initially donated $3 million to that fund.

The shooter, who committed suicide after the slaughter, opened fire from his corner room on the 32nd floor of the Mandalay Bay. He had brought in several suitcases filled with weapons and ammunition. Luggage screening at check-in is not typical at most hotels and resorts in the U.S., though MGM and many other major visitor venues work closely with law enforcement and security experts to improve security policies and identify potential problems.