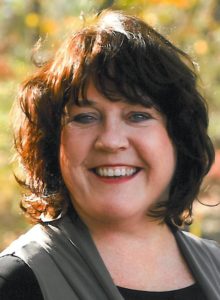 NEWTON, Mass. — Claire Kilcoyne is retiring as Vice President of METALCON, the metal construction show she helped launch during the economically tumultuous 1990s.

METALCON organizers PSMJ Resources Inc. announced that another industry veteran, Judy Geller, would step into the role of Vice President of Events. Geller, who joined PSMJ a year ago, began her career with the legendary COMDEX and in 2003 became Event Director of the Administrative Professionals Conference, which was acquired by Diversified Communications in 2005.

“After 29 years of partnering with the Metal Construction Association, 35 years at PSMJ Resources, and 800,000 miles on the Mass Turnpike, I am hanging up my trade show sneakers,” said Kilcoyne. “The friendships and memories made will be long-lasting and the opportunity to have taken this event around the country and watch it grow in so many dimensions has been beyond rewarding.”

Kilcoyne was a key member of the launch team of METALCON, which debuted in 2005 and has grown into the nation’s largest expo for the metal-construction industry. The 2019 show held in October at the David L. Lawrence Convention Center in Pittsburgh was a fitting curtain call for an illustrious career. The show covered 80,000 net square feet of exhibit space, 260 exhibitors, and 4,307 attendees. The show featured the debut of CONTECH, an interactive hub on the exhibit floor sponsored by U.S. Steel that showcased new trends in construction technology.

“Claire always has her eye on new ideas for innovative, live and interactive additions to the show,” said Frank Stasiowski, owner and CEO of PSMJ Resources. “Because of her hard work and dedication, more than 100 associations, 25 media outlets, and 500 manufacturers support METALCON each year.”

The 30th edition of METALCON takes place with Geller at the helm on Oct. 21-23, 2020, at the Las Vegas Convention Center.