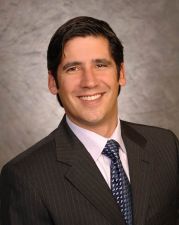 Pawtucket, RI – The cannabis business is moving at such a rapid clip that the organizing cycle for trade shows serving the industry can be described in “pot years.”

“The industry is moving wickedly fast,” said George Jage, president and publisher of Rhode Island show organizer Marijuana Business Media (MBM). “In our strategic planning, I designate a ‘pot year’ as a three-month period. In that time, scores of new companies are created, hundreds of new products are introduced, and millions of dollars in new capital is pumped into the market.”

With laws against the cultivation and sale of marijuana being legally relaxed around the nation, the doors have opened to equipment manufacturers, service providers and now exhibition organizers who are ready cash in. So, the race is on to become a flagship event brand in an industry that has rapidly moved from the murky underground into the spotlight on a nationwide scale.

“Big money is rolling in and executives are being hired from other industries,” Jage told Trade Show Executive (TSE). “These are people and companies that are committed to capitalizing on this market and do not shy away from the stigma that is sometimes associated with the product.”

Jage and MBM will hold the Spring edition of the semi-annual Marijuana Business Conference & Expo at the very mainstream and smoke-free Hilton in Chicago on May 19-21, just down the street from TSE’s Fastest 50 Awards and Summit over the same dates. The Fall edition in Las Vegas has a projected attendance of 5,200, which would be 62% higher than in 2013. A projected 83% jump in exhibit space to 30,000 net square feet would be equally heady. “Our event in the Fall of 2014 was the largest of any marijuana trade show to date, and it will continue to grow, potentially doubling each year,” Jage said. “And as the show gets larger, exhibiting companies will continue to evolve their brand strategies and take larger space.”

Other events have also sprung up, including CannaCon, which debuted in Tacoma last year and is moving up the freeway to the Smith Cove Event Center in Seattle, which offers 96,000 gross square feet of space.  Attendees can sign up for an educational side trip via helicopter to a sophisticated “light-deprivation” grow operation located outside of town.

Jage, whose trade show experience includes launching World Tea Expo and Healthy Beverage Expo, said Marijuana Business Conference & Expo was limiting the number of large booths for the Spring event in order to make room for the increasing number of new start-ups that sprout in a given pot year.

Other marijuana show exhibitors include established companies that have branched into the cannabis market. BlueLine Protection Group, Inc. is a security company that has recently began offering bookkeeping and secure shipping services that will keep growers and dispensary owners in compliance with the current myriad of federal, state and local regulations. To such companies, trade shows are a natural platform for meeting and wooing new customers. “For us, the primary goal of exhibiting is simply to maintain a presence,” BlueLine Director Michael Jerome told TSE. “We need to maintain the presence in the industry that we have established worldwide as the authority on cannabis protection and transportation services.”

Larger companies with the potential to exhibit at multiple shows on an annual basis are a demographic that show organizers see as a foundation for the future. The current perception of the marijuana industry as one populated by small “mom and pop” entrepreneurs will eventually give way to one that is more mainstream, if perhaps a little less colorful.

Still, many companies are discerning about which shows they invest it. Jerome said BlueLine wasn’t interested in local festivals and hazy gatherings best described as “enthusiast” events. “We try to avoid the ones that are more consumer-oriented,” he said. “Those aren’t the people who would be contracting with us for our services.”

The race is on among organizers to locate companies and match them up with buyers whose principle product is still considered a potential felony by Uncle Sam. Compiling lists of prospects is a key; however, dispensary locators and directories such as the web site WeedMaps tend to keep their names proprietary, Jage said.

Marijuana Business Media tackled the research challenge in a way familiar to many show organizers:  they created an online news operation in 2011 aimed at making MBM the year-round go-to destination for people involved in the cannabis business. It was followed in 2012 with the launch of a business directory for the industry and a trade magazine in 2013. The information operation drew the serious players to MBM, which primed the attendance pump for the launch of its first event and also raised the visibility of the MBM brand.

“There are a number of new events, magazines and blogs out there, but none with the comprehensive portfolio that we have,” said Jage. “We have been very strategic in moving into this space first and with the intent of being the industry leader.”