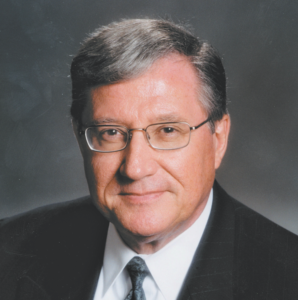 Fort Myers, Fla. — Jack Chalden, whose esteemed trade show career stretched from SUPERCOMM to the dawn of the Big Data era, died May 19 at the age of 78.

A funeral was held in Fort Myers, Fla., for the longtime show manager and former chairman of Major American Trade Show Organizers.

“Jack was a mover in our industry,” said Cherif Moujabber, owner of Creative Expo and Conferences. “He was always available to help out members of our industry and champion the causes that were important to us. He will be sorely missed.”

Chalden remained active in the industry until earlier this year. His final engagement was as a consultant to Bear Analytics, a rising star in the data analysis field. “Being ‘retired’ was just an honorary title for Jack,” said Bear Co-Founder & CEO Joseph Colangelo. “He prided himself on being current. That’s why he had such a positive outlook and was always looking down the road at the next great thing.”

Chalden’s long career began in the 1970s with Electronic Conventions, Inc., and was highlighted by a 17-year stint with the Atlanta Market Center where he rose to Executive Vice President. He left AMC in 1997 and became the Vice President and General Manager of SUPERCOMM, the massive telecommunications exhibition. SUPERCOMM was a landmark show for the rapidly evolving telecom sector until 2005 when the two major sponsoring associations parted ways and launched their own more-specialized shows: Globalcom and TelecomNext.

With SUPERCOMM consigned to trade show history, Chalden launched his own exhibition consulting firm, Chalden & Associates, which continued until his death. He was also part of the all-star consulting team at The Augusta Group and a member of the prestigious Trade Show Executive Economic Forecasting Board for seven years. “He had a unique perspective of the exposition industry, and was very adept at assimilating trends and data when submitting his forecasts for TSE’s monthly Trending & Spending column,” said Darlene Gudea, President of Trade Show Executive Media Group. “Jack was a dear friend and quiet observer who saw things that many of us missed. He shook up my thinking by posing good questions and offering ideas that were anything but superficial.”

Chalden also started a parallel career in event technology. In 2004, he was Vice President – Business Development and Industry Relations for BD Metrics, Inc., a pioneering company in the field of event data analysis. Chalden’s enviable mix of technical savvy and in-depth knowledge of the nuts-and-bolts of trade shows made him an attractive asset for Bear Analytics when it launched in 2013.

Colangelo said working with Chalden was like attending “event business school.” The genial industry veteran was always able to point out the finer points of show operations to the Bear team. “He told us what to look for and would explain why this show made it and another one didn’t,” Colangelo said.

“Jack was someone we were pointed to by one of our contacts,” Colangelo said. “They told us, ‘You have got to talk to this guy.’ And he could not have been more generous with his time and spirit and how he handled things.”