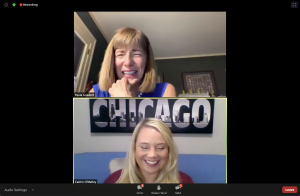 Living in the Gray Zone
Since 1969, revenue from exhibit booths has been excluded from tax liability. Of course, when we think of exhibit revenue, we traditionally have been talking about in-person trade shows.

However, back in 2004, the IRS caught on to the fact that nonprofits were getting into the business of holding virtual exhibits on the Internet, some of which are year-round affairs. So the IRS issued Revenue Ruling 2004-112 to provide guidance on what is and is not taxable when it comes to virtual exhibits.

Fortunately, the applicable federal tax law is still somewhat of a gray zone, which gives lawyers like Goedert room to make arguments in favor of non-taxability, she said.

The Educational Exemption
Under Ruling 2004-112, exemptions for exhibitions include those that fall under “qualified convention or trade show activity” as “a convention and trade show activity carried out by a qualifying organization in conjunction with an international, national, state, regional, or local convention, annual meeting, or show conducted by a qualifying organization, if one of the purposes of such organization in sponsoring the activity is (1) the promotion and stimulation of interest in, and demand for, the products and services of that industry in general, or (2) to educate persons in attendance regarding new developments or products and services related to the exempt activities of the organization, and the show is designed to achieve such purpose through the character of the exhibits and the extent of the industry products displayed.”

“The IRS recognized that trade shows are a big activity in the U.S., and … they don’t want to mess with micromanaging trade shows,” Goedert said.

But do virtual trade shows deserve that same consideration, or are they just advertising in trade show clothing? Advertising is, after all, considered to be taxable income, with some limited exceptions.

The ruling gives enough latitude that, as long as the online event is held no more than three days prior and three days post the in-person educational event, the online aspect should be considered supplementary, in effect being an extension of the in-person event, and income from it is not taxable. However, a trade show that is held online not in conjunction with any international, national, or regional annual meeting or event — a virtual standalone exhibition — is going to be taxable, she said. Why? The website isn’t a specific event where the organizer’s members, suppliers, and customers gather at one physical location to interact face-to-face.

“The bad language in the room is ‘one physical location,’” she said. “If they had just left that out, this wouldn’t be a gray area.”

The Pandemic Twist
The rub is that back in 2004 when the IRS made this ruling, no one was thinking about a pandemic that would force all conference and trade show activity to go online, she added.

Goedert said she would argue that income from the virtual trade show is not taxable income as long as it is being held in conjunction with an educational event — even if that event is now also being held online — as long as it is held no more than three days before and after a specific period of time during which people are interacting in real time in an online annual convention, committee meeting, or other event that falls under the “qualified convention or trade show activity” definition.

“I do not believe that this ruling precludes an organization from claiming as non-taxable income the revenue from virtual exhibit booths when they are tied to a live event and extends for no more than three days on either side” since they didn’t specifically consider the question of the annual meeting itself being live and interactive, but also online.“

Just don’t push your luck and extend the virtual trade show more than three days pre- or post, she said.

As an audience member noted, however, don’t let tax status inhibit you too much: “Paying tax on revenue is always better than eliminating that revenue-generating opportunity to avoid paying taxes on it.”