The awards watch party may have been virtual, but the honor was very real as David Dubois, President and CEO of the International Association of Exhibits and Events (IAEE) presented its Pinnacle Award to Rick McConnell, President, Informa Markets, during Virtual Expo! Expo! IAEE’s Annual Meeting & Exhibition 2020, held Dec. 8-10.

Calling it “one of IAEE’s highest honors,” Dubois said the award, which was established in memory of the late Founder and Past President of IAEE (formerly NAEM) William Hunt Eisenman, “recognizes extraordinary achievement by a member who has furthered IAEE’s objectives as well as advanced our entire industry over the course of his or her career,” including promoting education and the dissemination of knowledge, and introducing or developing innovative techniques. McConnell’s contributions, he added, “spanned decades and embodied the highest ideals, trust and professionalism our industry has to offer.”

In his acceptance speech, McConnell said he was “very humbled by the award.” While he admits he has made a number of cumulative contributions over his time in the industry, “I have to say that one award going to one individual is not the full story. The full story is the many, many leaders and mentors and people that I’ve come into contact with who helped make my career what it is — they are in in many ways the recipients of this award as well.”

He also lauded IAEE for its strong education and networking opportunities, both of which have been key contributions to his success both as a student and a speaker. IAEE “helped make my career a lot more fulfilling.” 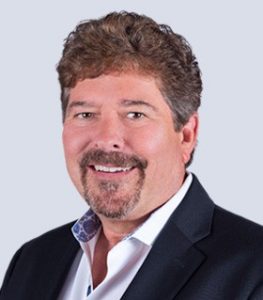 McConnell’s career as a leader in the trade show and events industry has spanned more than 30 years, during which he has employed more than 1,000 people, worked on almost 300 events, and mentored thousands more, including several past IAEE chairs and other industry leaders.

“Rick is distinguished leader and longtime honoree of Trade Show Executive’s awards events. He has graced our stage more than once leading or participating in thought-provoking panels and taken home many Grand Awards over the years,” said Gabrielle Weiss, TSE VP and Editor-in-Chief. “All of us at TSE couldn’t be happier for Rick. It is a well-deserved and hard-won honor.”

He began his career at Informa in 2014 when it acquired Hanley Wood Exhibitions, and his leadership has helped drive Informa Markets to become the fastest growing trade show organizer in the US. In addition to being a long-time active IAEE member, he also is on the Board of the Society of Independent Show Organizers (SISO) and is a frequent speaker at events and seminars.

Also honored at the virtual awards watch party on Dec. 9 were: