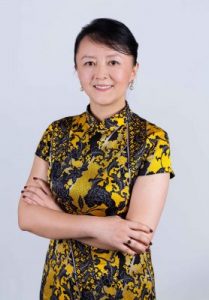 LONDON — Informa Markets promoted Margaret Ma Connolly from CEO to President of its Asia division as Jimé Essink began his retirement on Jan. 1.

Ma Connolly is based in Hong Kong and will oversee a massive operation that features more than 300 trade shows held in a territory that includes the bustling mainland China market and stretches from Japan to Southeast Asia. Informa told Trade Show Executive that the now-vacant CEO position would not be filled.

“Margaret has been instrumental in the growth of our business across Asia and I’m confident that she will continue to strengthen our presence in a region that is very important to our global business,” said Informa Markets CEO Charlie McCurdy.

Ma Connolly stepped into her new role at a time when the Asia market has been grappling with uncertainty over trade between China and the United States. Continuing protests in the streets of Hong Kong have also been a concern, although Informa said in its November trading update that while some economic impact has been felt in Hong Kong, the effect on the company’s overall revenue growth has been slight.

With Informa well established in Asia, Ma Connolly said she planned to continue solidifying and improving its workforce and operations in the region. “The Informa Markets business in Asia has grown significantly over recent years to become the largest exhibitions company both in the region and worldwide,” she said. “A key focus for me in my role as President for the region is to nurture our talent and invest in developing new skills, particularly in the areas of digital and data, so that we can continue to meet the evolving needs of our customers.”

Ma Connolly joined UBM in Asia in 2008 and moved to Informa 10 years later when Informa acquired UBM; she spent a full year working directly with Essink on the integration of the two companies.

Essink has stepped down after a long career in the Asian trade show market. He initially joined UBM Asia in 2007 after spending nearly nine years with VNU, where he rose to President of VNU Exhibitions Asia.