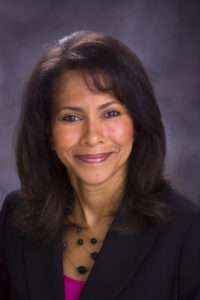 FAIRFAX, Va. — InfoComm 2020 was gearing up to be one for the record books. Already ranked the 27th largest U.S. trade show in Trade Show Executive’s Gold 100 2019 listing, the trade show for the professional audiovisual industry had a number of new initiatives for its June show in Las Vegas, including an expanded exhibit hall, a pavilion for live events and a complementary audio pavilion, and an innovative technology stage for exhibitors to showcase new technology and solutions.

“We were showing year-over-year growth in net square footage, exhibitor counts and revenues, and registration — everything was pacing ahead of the previous year,” said Rochelle Richardson, CEM, Senior Vice President of Expositions and Events, AVIXA, the Audiovisual and Integrated Experience Association that organizes the annual event.

Then along came COVID-19. Beginning in January Richardson and her team began closely monitoring communiques from the World Health Organization (WHO) and the U.S. Centers for Disease Control and Prevention (CDC). “We were nail-biting for a while,” she said.

“We’ve had recessions and global economic crises and so many other events that affected our industry, but this seems like all of the previous challenges combined and put on steroids,” Richardson said. “We had no warning of the devastation that was ahead of us. The best analogy is that it was like we just fell off a cliff.”

By the end of February, she said, “We knew we were going to have to take a different approach.” Thus was born AVIXA’s first complete virtual InfoComm show – InfoComm 2020 Connected – which came to fruition June 16-18.

AVIXA reached out to its two main participant groups — exhibitors and attendees — first to determine how long they had to make a final go/no-go decision on the live show in June, which was late March to early April. The AVIXA team then watched as travel bans and restrictions on group gatherings began to mount, and, in consultation with its partners at the Las Vegas Convention and Visitors Authority, the Las Vegas Convention Center, and its hotel partners, made the decision to cancel InfoComm 2020 on March 30. Fortunately, AVIXA’s event insurance included infectious disease coverage, including COVID-19.

AVIXA’s InfoComm team then had the dual job of cancelling the in-person event — from processing attendee refunds to working with vendors and suppliers on cancelling contracts — and building out its first online event in a way that would satisfy both exhibitors and attendees. In 60 days, no less.
“When we made the decision to cancel the InfoComm 2020 show in Las Vegas, the AVIXA team was determined to gather the industry together for an immersive experience of learning, engagement, and networking in a virtual online event.” said Richardson.

The online-only event, which was held over the original event’s dates on June 16–18, ended up being a hit, with total registrations of 23,408, 495 exhibitors, and more than 53,000 views of the exhibitor showcases.

The show’s 74 live sessions were held 11 hours each day from 6:00 a.m. to 10:00 p.m. EDT to make them available to the 41% of registrants from outside the U.S. (the in-person event typically draws 13% to 14% international participation). Together with the on-demand presentations, InfoComm 2020 Connected’s sessions on conferencing, technology, higher education, COVID-19–era trends, and the state of the industry drew 59,662 views.

Entry-level attendance to the online event was free to both attendees and exhibitors; exhibitors had the opportunity to upgrade to one of three different levels, Richardson said. “We made that decision based on the global impact of the pandemic on our attendees and exhibitors, who were hit pretty hard. We wanted to be able to give back to the industry.”

While she wouldn’t recommend anyone producing a virtual event from scratch within the 60 days her team had to pull off the show, “the enthusiasm and participation for InfoComm 2020 Connected exceeded expectations and reinforced something we already knew – the pro AV industry is resilient,” said Richardson.

It also helped to have top-notch vendor partners, including Freeman, whose online event platform AVIXA used. “Production and content delivery were very professional and exceptionally well done,” including offering sessions in French, Italian, German and Spanish, as well as English, to further accommodate the international contingent. While there were a few technical glitches to work through, “We have such a great support team that we were able to quickly identify and address them.”

InfoComm Connected also included some of its popular networking events, including the AVIXA Women’s Council’s annual breakfast event, where keynote speaker and author of West Point Woman Sara Potecha provided insights on how to lead through crisis with character, competence, and composure.

Grip’s artificial intelligence networking platform also was a hit, with attendees scheduling more than 1,000 meetings with exhibitors, and exchanged more than 14,000 chat messages over the course of the event. Other networking events included a virtual 5K and a highly popular trivia night contest.

“We were looking to build a sustainable model for a relevant digital program, not a one-and-done,” Richardson added. “We wanted to build a model we could continue to tweak and enhance for our other events around the world.” AVIXA’s global portfolio of trade shows and conferences include InfoComm Brazil; InfoComm China, Beijing; InfoComm India; InfoComm Mexico; InfoComm Southeast Asia; Integrate; Integrated Systems Europe; and Integrated Systems Russia.

A few of the lessons the AVIXA team learned through the process of pivoting to virtual:
Ensure that all exhibitors have access to the platform at least three to five business days before you go live. “Because of the timing, we were not able to do that, so we had to layer in additional staff from around the globe to get everyone up to speed before the event started,” Richardson said. Break down communication silos. The importance of good internal communication can’t be stressed enough, she said. “We formed task teams across the different regions, without asking anyone to stay strictly in their lane, and that worked really well.”Include gamification aspects to further entice attendees to visit exhibitor showcases.

The organization also is already reviewing modifications for its vendor, sponsor, hotel, and other venue contracts for in-person events in the future. “We have already updated our legal language in our agreements and contracts,” she said.

InfoComm 2020 Connected is available through August 21 for those who missed the live event, or who want to check out sessions they couldn’t make the first time around.

“I am so proud of our team, who worked efficiently and brilliantly to create something that now will be a benchmark others can expand upon in their specific areas of expertise,” said Richardson.

“I love this industry,” she added. “I am looking forward to the day that we can come together in person comfortably and safely and wisely, to protect the participants while also fueling the economic engine that drives so much. We look forward to when we’ll return to the in-person event and everyone joins us for InfoComm 2021 in Orlando.”