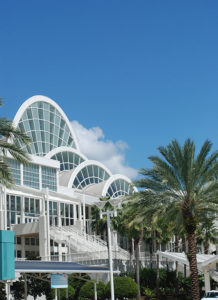 ECEF is one-day event for C-level executives who work for associations and independent organizers. At the close of this year’s sessions, ECEF added a two-hour TechDemo and reception in which seven companies participated.

1. Growing through M&A can work for associations. At ISSA, The Worldwide Cleaning Association, Executive Director John Barrett, who joined the association two years ago from a Fortune 100 company, said, “We are on a mission to change the way the world views the cleaning industry. We want to elevate the industry.” To make that happen, he has expanded the association’s reach by completing 14 deals in two years.

ISSA already produced ISSA/INTERCLEAN North America, which ranked No. 62 on the most recent Trade Show Executive Gold 100, and partnered on events in Latin America, Istanbul and Amsterdam. In 2018, ISSA is adding the ISSA Cleaning & Hygiene Expo in Australia, Clean India Pulire in Mumbai and Pulire Mediterraneo in Catania, Italy. In 2019, ISSA will add new events in Bangkok, Milan, Madrid, Johannesburg, Toronto and Baltimore. In addition to new trade shows, ISSA has added web sites, publications, certification programs and traveling forums.

2. Using chat bots for event customer service. Exceptional customer service is critical for events, but it’s not always easy to accomplish, particularly for organizations with small staffs. Some days, it feels like there’s no end to the number of questions that exhibitors and attendees have about your event. How do you provide your customers with the information they need when they need it? BizBash automated the process by using a chat bot, said Executive Vice President Nicole Peck. Despite limited time and bandwidth on staff, the chat bot is available 24/7 beginning about six weeks out from an event.

BizBash worked with Eventbots by Sciension to “train” the chat bot, which they named Betty, to respond to more than 90 user needs asked in more than 3.2 million ways. Examples include, “Where is the bathroom?” and “When does registration open?” Attendees communicated with Betty via web chat, Facebook Messenger and SMS/texting. BizBash debuted Betty in May 2017, and she has been used for three events.

The most queried topics included: parking, program, food, registration, parties and Wi-Fi. If Betty did not know the answer, she was trained to provide three options for resolution. “We even had the temp staff ask Betty questions,” Peck said. “Betty successfully responded to 93% on her first attempt when she debuted.” Betty improved over the course of the three events, and her “I don’t know” rate dropped from 6.87% to 4.03% by the third show.

3. Closing a show and building new platforms. Would you have the guts to close a show that’s generating revenue but has a density issue? That was the situation facing the Food Marketing Institute’s Mark Baum, Senior Vice President and Chief Collaboration Officer, and Margaret Core, CAE, Vice President, Marketing & Industry Events, in 2016. Established in 1930, the FMI Show had evolved over the years, and the 2016 event attracted 450 exhibitors but only 6,500 attendees.

After the event, the executive committee and board made the tough decision to retire FMI Connect to shift the association’s focus to better serve the changing needs of its members — small and large food retailers and manufacturers in the supermarket industry that has evolved to include more online retailers, home delivery services and growth in fresh and prepared foods. “We looked at all scenarios,” Baum said. When FMI announced it was retiring the trade show in September 2016, they carefully crafted their messaging and tried to have as many personal conversations as possible with members, suppliers and customers. Core’s recommendation: Be authentic. “We must be bold,” Core said of FMI’s strategy going forward.

Since then, FMI has partnered with the National Retail Federation and the Specialty Food Association to incorporate its members at their events. In May, the association launched FMI Emerge, a subscription-based online community (www.moreshelfspace.org) for emerging food and beverage brands. FMI is also targeting senior executives with the launch of FreshForward, a one-and-a-half day event in September in Chicago. The association is working with Shoptalk, an organizer of events for retail and ecommerce innovation, to launch Grocerytalk, which was heldMarch 18-21 at the Venetian in Las Vegas, and Groceryshop, which will be held Oct. 28-31 at the Aria in Las Vegas.

One common pitfall is buying one system that says it does it all. “One system can’t be good at inventory, database, marketing automation, CRM, invoicing, finance, operation management and integrations with all of your partners,” Clapperton said. “The solution: Focus on best-of-breed solutions,”

Informa has selected these solutions: Salesforce and ExpoCAD for sales and operations; Drupal for digital platforms; AssetOptics, ExpoCAD, Fat Tail, Breeze and Advantage for inventory platforms, SAP, TM1 and Salesforce for financials; AEM, Eloqua, Adobe Analytics and RedShift for marketing platforms; and Mulesoft for integrations and APIs.

5. Focusing on company culture to reduce turnover. According to research from the Harvard Business Review, organizations that focus on culture have employees who are more engaged and generate more revenue, said Greg Topalian, CEO of Clarion UX, whose cultural manifesto outlines the company’s core values. Among those values: “our events should have a moral compass to help an industry grow or heal.” How does that apply in practice? “We are open and honest in our communication on performance, both positive and negative,” he said.

With the U.S. unemployment rate at the lowest it has been in 18 years, company culture is critical to attracting and retaining younger talent. At Access Intelligence, Executive Vice President of Human Resources & Administration Macy Fecto said 40% of new hires over the last five years have come from referrals within the company. AI averages about 11% turnover annually, but it’s higher with millennials (30%).  “We joke that hiring is like getting married after a 30-minute date,” Fecto said.

ASIS International CEO Peter O’Neil recommended interviews with multiple employees for cultural fit. “HR needs to be a strategic partner,” O’Neil said. “We shouldn’t be scared of turnover.” Since O’Neil joined ASIS two years ago, ASIS has posted an active turnover rate of 56% during a transition phase, but O’Neil said he would like to see an average of 7% to 10% annually.

In February, the association announced the rebranding of its flagship security event, Global Security Exchange (GSX), formerly known as the ASIS International 64th Annual Seminar and the Exhibits that ranked No. 82 on the most recent Trade Show Executive Gold 100.