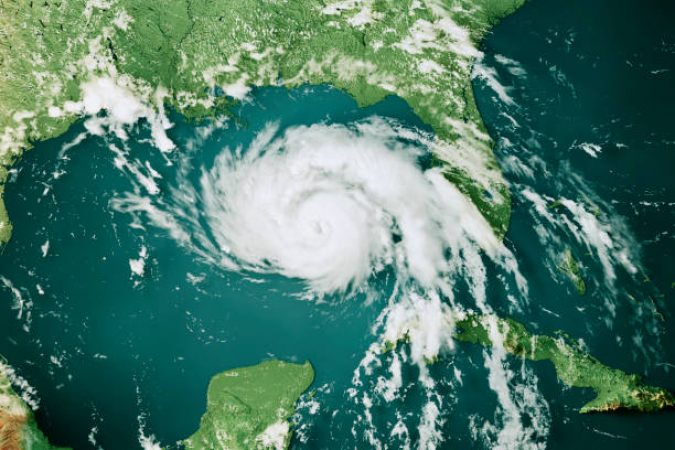 FLORIDA — Major trade shows have been canceled due to Hurricane Ian, which made landfall Wednesday Sept. 28, on the west coast of Florida near Fort Myers. Among the cancellations are the Association for the Advancement of Blood and Biotherapy (AABB) Annual Meeting, IBEX 2022 and DevOps World 2022.

IBEX 2023 will be back at the Tampa Convention Center Oct. 3-5, and registrants for DevOps World 2022 will have their registration carried over to the 2023 event in September, but the dates and location of it have yet to be announced. AABB Annual Meeting will be held in Nashville Oct. 14-17, 2023.

JIS Fall has delayed the opening of the show until noon on Sept. 30, and extended show floor hours to 8 p.m. on Sunday, Oct. 2. “The decision to delay to a later opening time on Friday was made to give flexibility for any travel delays that our customers, vendors and their suppliers bringing product were facing,” RX Global Group Vice President – RX Jewelry Portfolio Sarin Bachmann said. “At the same time, we made the decision to extend our show hours on Sunday, typically our busiest day, to allow for our exhibitors and retailers to make the most of their time at the show.”

“We closely monitored the hurricane, working directly with our partners, Miami Beach Convention Center and across the jewelry industry to make a decision about proceeding with JIS, focusing on the safety and best interests of our exhibitors, attendees and staff,” Bachmann said. “Thankfully, Miami Beach was not directly in the path of the hurricane and together we felt confident that there would not be local issues or safety concerns opening the show on Friday.”

Visit Orlando said in a statement, “As the No. 1 travel destination in the United States, safety is the Orlando destination’s highest priority. We have an extraordinary infrastructure of public and private entities working together to resume the region’s operations quickly and safely for residents and visitors alike. Outreach is underway to Visit Orlando members and industry partners to assess damage and re-openings.”

“The center has also been a staging area for emergency vehicles and air crafts from FEMA, Orange County Sheriff’s Office, American Medical Response, Tampa General Hospital, Orange County Fire Rescue, the U.S. Air Force and others,” OCCC’s Marketing and Communications Manager Katarina Dos Santos said. “We did have one event cancellation with AABB Annual Meeting, and one postponement.”

The AABB Annual Meeting was going to be held at the OCCC Oct. 1-4, but has been cancelled, and the AABB announced it has plans to expand its virtual event taking place Nov. 6-7 to accommodate those who were registered for the in-person event to attend the virtual one.

Hillsborough County, where the Tampa Convention Center is located, has lifted its evacuation orders as 9:30 a.m. Sept. 29.

Visit Tampa said in a statement, “Visit Tampa Bay is closely monitoring the impact of Hurricane Ian on the destination. Currently, there are no major damages to the Tampa Convention Center or the downtown core to report. As the storm shifted South, much of Hillsborough County was spared from any major hardships or infrastructure damage.  Evacuation notices have been lifted and power is currently being restored throughout the county. The Tampa Convention Center has planned an assessment walkthrough for this morning.”

Hurricane Ian, which had strengthened into a Category 4 storm, made landfall in Florida on Wednesday afternoon, bringing with it winds up to 150 mph, heavy rainfall and a historic storm surge that reached 12 feet in some places. Two million Floridians were without power, and as of 5 a.m. on Sept. 29, power was restored to more than 502,000 customers.

Later into Wednesday, the storm had weakened to a Category 1 storm, still strong enough to continue causing widespread flooding, destruction and rescue calls to emergency services. Earlier on Sept. 29, the storm was classified as a tropical storm, but when Ian made its way to the Atlantic Ocean, it strengthened to a Category 1 hurricane.

The National Hurricane Center confirmed Hurricane Ian made landfall near Georgetown, S.C., in the afternoon of Sept. 30, with maximum sustained winds of 85 mph. The center also stated, “Considerable flooding is expected today across portions of coastal and northeast South Carolina, coastal North Carolina and southeast Virginia.”

This is a developing story and will be updated as more information becomes available.