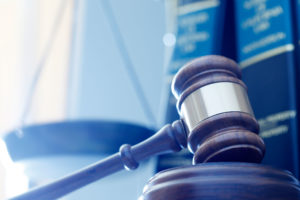 TUCKER, Ga. – A federal judge in Georgia has made a major ruling in a case about the trade show hotel business.

The U.S. District Court for the Northern District of Georgia recently awarded $750,000 in damages plus attorneys’ fees to the U.S. Poultry & Egg Association (USPOULTRY) in its trademark infringement case and deceptive practices case against Tarzango LLC.

USPOULTRY sued Tarzango for sending unsolicited emails to exhibitors and attendees of the International Production & Processing Expo (IPPE), which it runs along with partners American Feed Industry Association (AFIA) and the Northern American Meat Institute (NAMI). USPOULTRY holds the organizing contract with hotels and other service providers.

While it’s common for exhibitors and attendees to be solicited from unaffiliated travel agencies and housing agents, Tarzango said it was soliciting on behalf of IPPE, even though it was in no way affiliated.

U.S. Poultry & Egg Association Executive Vice President for Expo Nath Morris told Trade Show Executive that Tarzango had solicited IPPE customers without disclosing they were not authorized agents and that some IPPE ultimately had been defrauded.

“I guess you can say we were kind of surprised [by the award], but we really felt we had to protect our brand,” Morris said. “We were just getting inundated with calls and emails from exhibitors and attendees alike” about the solicitations.

“We, with the full support of our partners AFIA and NAMI, asserted our rights and have protected attendees and exhibitors from Tarzango’s unfair and deceptive practices. This decision should serve as a strong warning to those service providers who seek to trade off of the strong goodwill developed in IPPE,” USPOULTRY President John Starkey said in a statement.

The case shines light on a growing problem in the trade show industry. Pirating and poaching impacts an estimated 15 million booking per year, industry experts estimate, resulting in more than $1.3 billion in diverted funds annually. As a result, the U.S. House and Senate are both considering variations of the Stop Online Booking Scams Act.

Morris confirmed the poachers are a chronic problem and noted the IPPE had just sent a cease-and-desist letter to another entity that had been misrepresenting itself as representing IPPE. “We want people to know there’s a precedent that’s been set [with the USPOULTRY ruling],” he said.

The ruling in the USPOULTRY case was made Jan. 22 and publicly announced Feb. 28.