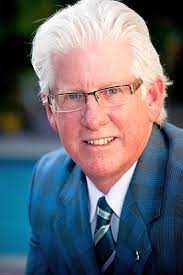 MIAMI — Miami couldn’t have a better booster than William Talbert III. A 50-year resident of the area, he has been with the Greater Miami Convention & Visitors Bureau (GMCVB) for 30 years, the last 20 in the role of President and CEO. He now has stepped back into an advisory role until October 2022 to help David Whitaker, formerly with the Chicago and Toronto bureaus, take over the top position at GMCVB.

Whitaker started his bureau career with the GMCVB, where he served from 1990-2007, most recently as Executive Vice President and Chief Marketing Officer, before moving on to the lead role with Tourism Toronto (now Destination Toronto), then segued to President and CEO of Choose Chicago.

Talbert said the time seemed right to move on — not retire, because he has some big plans for his next career step — because he had seen some of his team’s proudest accomplishments come to fruition.

At the top of the list of things Talbert is proud of is the “reimagined” Miami Beach Convention Center, which underwent a transformative $600 million-plus renovation and expansion that included a new 60,000-square-foot ballroom, 127,000 square feet of new meeting space, and a 500,000-square-foot exhibit hall. Talbert had worked tirelessly to champion efforts to secure the funding that would breathe new life into the center, taking it from “a box with no windows” to a fully functional center “that gives you a sense of place,” he said. What used to be an adjacent asphalt lot is now a six-acre park with 500 trees, he added. “Now when you’re in the center, you know you’re in one of the great communities in the world.”

The LEED Silver-certified center opened just in time to host the annual Art Basel festival — and the 2020 Super Bowl Experience for Super Bowl LV. Talbert is no stranger working with the National Football League (NFL) — he led efforts to win and host five Super Bowls, along with three International Pow Wows. “Hosting the Super Bowl was a great way to kick off the new center,” he said. “The NFL can’t wait to come back.”

He’s equally proud of the 800-room Grand Hyatt Miami Beach headquarters hotel, which will also be within walking distance of the beachfront, New World Symphony, The Bass Museum and The Fillmore Miami Beach, as well as direct access to the convention center and the Lincoln Road Mall. To make it happen, the GMCVB partnered with community leaders to get the required more-than 60% of voters to approve it in a public referendum. “I’m proud to tell you that 64% of the voters said yes to the attached headquarters hotel,” Talbert said. “It not only was 100% privately financed, but it will be making a yearly contribution to city operations.”

The downtown convention center package is now complete with “world-class facilities for a world-class destination,” he added.

Diversity at the Forefront

He also takes pride in his work helping to establish the Black Hospitality Initiative (BHI) of Greater Miami in 1993. BHI’s mission is to increase African American participation in the visitor industry through hospitality scholarships, internships and mentoring programs.

The GMCVB also created a Multicultural Tourism and Development Department to elevate awareness of Miami’s rich and diverse heritage. And the bureau itself has taken diversity, equity and inclusion to heart in its hiring practices, Talbert said. “While the DEI effort is a marathon, not a sprint, the diversity of our team and our management now reflects the diversity of our community. Not one of my direct-reports looks like me.”

Advice for the Next Generation

Talbert has learned a lot over his long career, which started in the 1970s when he worked with the Dade County Parks and Recreation Department, then moved to Women’s International Tennis before joining the GMCVB. “You get wiser as you evolve over time,” he said.

Among the things he’s learned are some phrases and acronyms he tries to live by:

Talbert is not planning to rest on his considerable laurels once he leaves his advisory role with the bureau next fall. Next on his agenda is starting up a branding company that will strategize ways to give existing brands new life and energy, he said.

“I feel good about the future,” Talbert said. “Miami once was a sleepy town with great beaches. We still have 25 miles of beautiful beaches, but now we’re also one of the top cultural destinations in the world.