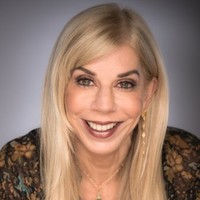 SAN JUAN CAPISTRANO, CA — Emerald Expositions Events Inc. (NYSE:EEX) hired Sally Shankland, a member of company’s board of directors, to serve as its President and CEO, beginning June 1. Phil Evans, who has been serving as Emerald’s Interim President and CEO since David Loechner announced his retirement  last November, will continue to serve as Chief Financial Officer.

”I recently joined the Emerald board as a non-executive director and quickly realized that I could apply my leadership principles, experience and skills to improve the Company’s financial performance and growth prospects,” said Shankland, who was featured as TSE’s Power Lunch in April 2015.

“Emerald owns some great assets that are extremely relevant in their markets and, I believe, have significant opportunity available to them. I’m very excited about the opportunity to lead the business.”

Shankland has more than 35 years of experience, including 20+ years with UBM (now part of Informa Markets). Her most recent position at UBM was CEO of the Americas, where she led events and marketing services in the technology, fashion, licensing, advanced manufacturing, construction, healthcare, and pharmaceutical industries.

After leaving UBM in 2015, Shankland served two years as President of McGraw-Hill Higher Education, where she helped the company transition from a print-based model towards adaptive learning software. In 2018, she served as Interim Executive at Healthline.com, a health information website, and is currently Principal and Founder of Astra Terra, a strategic advisory and consulting firm.

”Sally’s experience, skills and approach are a perfect match with the board’s requirements for the Emerald CEO position; and, after conducting a thorough search over the last seven months, I am thrilled to have her accept the position,” said Emerald Chairman Kosty Gilis. “Sally has achieved remarkable success in her career by bringing inspirational leadership, purposeful strategies and strong execution skills to businesses with unmet potential. The Board and I have been particularly impressed by her success in driving growth and capturing new opportunities by harnessing data, technology, and a strong and persistent focus on customer satisfaction.”

Shankland is taking on the position during a challenging time for Emerald. On May 2, Emerald released its Q1 earnings which showed a net income decrease of 30.4% to $26.5 million, compared to $38.1 million for first quarter 2018

Emerald produces about 55 trade shows annually. In 2018, Emerald reported its events connected more than 500,000 attendees and exhibitors and occupied more than 7 million net square feet of exhibition space. Emerald dropped out of the TSE Gold 100 rankings when the company went public in April 2017 due to securities regulations.