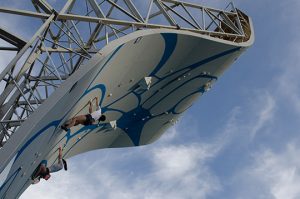 Patagonia, a major clothing manufacturer, has announced that it would skip Outdoor Retailer unless Utah Gov. Herbert dropped his plan to sue the federal government in an attempt to block the creation of the Bears Ears National Monument in southern Utah. A number of key exhibitors have publicly urged the show to relocate unless Utah tempers its policies.

San Juan Capistrano, Calif. – Emerald Expositions confirmed in February that Outdoor Retailer could be moved from Salt Lake City, and that show organizers were exploring their venue options.

Emerald’s decision to issue a Request for Proposals from potential host cities was the result of a brewing political disagreement over federal land usage between the state of Utah and two outdoor industry associations that object to Utah’s moves to roll back federal protections on wilderness areas.

Emerald did not reveal any potential new homes for Outdoor Retailer that might be under consideration, but media reports have pointed to Denver as a likely frontrunner. Outdoor Retailer is committed to Salt Lake City through 2018. “Salt Lake City has been a welcoming and beneficial host to Outdoor Retailer for many years and will be among candidates to continue to be the host city,” said Darrell Denny, Senior Vice President of Emerald’s Sports Group. “Our responsibilities as producers of Outdoor Retailer require us to consider all aspects of any city and state that may serve as host to the thousands of brands, retailers, media and others who make up the entire outdoor community. Those criteria include facilities, hotels, transportation, labor costs, environmental policies and the degree to which host states are in sync with outdoor industry values.”

Landing Outdoor Retailer would be a major plum for Denver and the Colorado Convention Center. Both of the 2015 editions of the semi-annual show were ranked on the most-recent Trade Show Executive (TSE) Gold 100. The Outdoor Retailer Winter Market placed 42nd with 418,309 net square feet (nsf), 976 exhibitors and 21,258 attendees. The Summer Market was No. 29 with 551,885 nsf, 1,470 exhibitors and 29,238 attendees.

The shows’ format includes both indoor exhibit space and an outdoor demonstration area outside of town. The dual-location formula would likely transfer seamlessly to Denver and one of the nearby ski resorts. The downtown Colorado Convention Center is ranked 24th on the TSE World’s Top Convention Centers report with 584,000 sf of prime exhibit space. The Calvin L. Rampton Convention Center in Salt Lake City is close behind at No. 28 with 515,000 nsf. Work rules in both centers are also fairly similar.

Although other cities are bound to throw their hats into the ring, the choice of Denver and Salt Lake City could hinge on hotel availability. However, a key factor will be the political climate in Colorado and Utah, and their policies toward public-land usage. The Outdoor Industry Association and the Grassroots Outdoor Alliance are partners with Emerald in Outdoor Retailer, and both have recently issued public condemnation of Utah’s demands that environmental protections of federal lands in the state be reduced, which outdoor enthusiasts fear will allow more commercial uses of pristine wilderness areas.

A number of key exhibitors have publicly urged the show to relocate unless Utah tempers its policies. “We have been listening to the concerns of the industry and agree that it’s time to explore our options,” said Group Show Director Marisa Nicholson. “Salt Lake City has been an incredible home to Outdoor Retailer and the outdoor community for the past 20 years, and we aren’t opposed to staying, but we need to do what is best for the industry.”