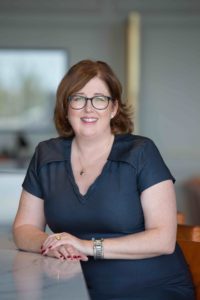 She started working with Diversified Communications more than 23 years ago as a salesperson. Now, Mary Larkin is president of the company’s U.S. operating division.

Larkin’s promotion to President of Diversified Communications’ U.S. Operating Division was announced Feb. 6 by President & CEO Theodore “Ted” Wirth. Larkin had been working on a three-person Executive Vice President team, but Wirth said that having three people lead the team was challenging and it was “the right time” to appoint one leader.

“I am looking forward to working with the entire Diversified team in growing the business, and I am very excited for the future,” she told Trade Show Executive.

Larkin is also active in trade show industry groups, and is the incoming President of UFI, The Global Association of the Exhibition Industry.

Diversified Communications is a family-owned, international media company based in Portland, Maine with divisions and offices around the world. The U.S. operating division employs more than 200 people, produces 24 conferences and exhibitions annually, two monthly trade magazines, and 10 online publications and B2B platforms. The global company serves14 industries including food and beverage, healthcare, natural and organic, business management and technology.

Larkin joked that she’ll be celebrating her promotion with a glass of Bordeaux that she’s been saving for such an occasion.

“And I cancelled my trip to Camino de Santiago, which is now back on my bucket list,” she said.