ARLINGTON, Va. – Responding to an apparent official e-mail from the Consumer Technology Association (CTA), a prospective CES 2022 exhibitor went ahead and purchased a booth for the show. “The communication included our company name and an actual CTA employee’s signature information, with ‘CTA’ in the e-mail username,” said CTA President & CEO Gary Shapiro. “Sadly, it was from a scam operator, bilking the unwitting company out of thousands of dollars.” 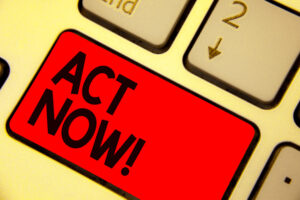 Known as “impersonation fraud,” this and various other imposter schemes are widespread, on the rise and impacting a broad swath of industries, trade shows and events.“Since January 2021, we have received at least 60 reports of fraudulent e-mail solicitations using our name and logo,” Shapiro said. “Offering non-existent CES booth space is one tactic. Many also purport to be selling our attendee list, which we would never do. These are the cases we know about. The number of unreported intrusions is undoubtedly higher.”

Larger enterprises, noted Shapiro, are less likely to fall prey to these malicious boiler room-style operators. “They tend to be more practiced at spotting fraud,” he said. “Less aware start-ups, entrepreneurs and nonprofits get hurt the most, often with significant and unrecoverable financial loss.”

Related. CES 2022 Marches On Amid Omicron, Show the World How It Is Done

Big brands like CTA are no less targeted, though, with reputational damage among the harms. Other deceptive tactics include fraudulent websites claiming to offer event-related services affiliated with CES, such as hotel bookings.

“Conversations with many of our trade association peers confirm that this is a growing problem, with increasing frequency and greater levels of sophistication in recent years,” said J. David Grossman, CTA Vice President of Regulatory Affairs. “To combat this problem, CTA typically sends a cease-and-desist letter to the imposter domain-name owners, assuming we can locate them. In cases where fraudsters use our name and logo, we have also filed trademark infringement claims with domain registrars and web-hosting companies such as GoDaddy and organizations like ICANN. These countermeasures only go so far, though. Bad actors are elusive and hard to track, and CTA has limited time and bandwidth to fight the problem.”

Strong-armed regulatory and enforcement action is in the works. On December 23, 2021, the Federal Trade Commission (FTC) issued an Advance Notice of Proposed Rulemaking (ANPR) on Business and Government Impersonation.

“A rulemaking in this area could likely have a market-wide impact and serve as a deterrent for bad actors, given that a rule here would subject first-time violators to civil penalties,” stated FTC Chair Lina M. Khan in a December 2021 letter announcing the ANPR. “It could also enable the Commission to obtain redress for the people who lose money to these impersonation scams. This effort is particularly critical post-AMG (referring to the U.S. Supreme Court’s April 2021 decision that significantly limited the FTC’s ability to seek monetary redress for consumers under the FTC Act) and would represent one of the most significant anti-fraud initiatives at the agency in decades.”

CTA, in alliance with industry peers such as IAEE and SISO, is doing its part to raise awareness by filing comments with the FTC during the open comment period, which closes on February 22, 2022.

“Using this ANPR to formally consider whether to propose a rule, the FTC is broadly seeking information on the prevalence of impersonation practices, the costs and benefits of a rule that would address these practices, and alternative or additional actions such as publishing consumer and business education materials and hosting public workshops,” explained Shapiro, who began his career as an FTC attorney. “With the authority to issue and enforce broad rules, the FTC can play a major role in combating this problem, starting with bringing much-needed visibility to the issue.”

Continuing, Shapiro absolutely encourages as many other similarly situated and likeminded industry groups as possible to submit feedback on their experience with impersonation fraud

“This is a broad scale effort to fight the malicious actors who hurt our events by using our event names or implying they are the event organizer and selling fake services or lists and defrauding our unwitting customers,” he said. “Even a simple one-page description will be instrumental in alerting the FTC to the scope and scale of this problem,” continued Shapiro. “This in turn paves the way for the desired rulemaking, which would open the door for increasing currently limited monetary penalties, creating reporting mechanisms, and other remedies. We will have the opportunity to work with the FTC on including language specific to our industry in the rulemaking. The goal is to freeze out these illegitimate operators with more consequential measures.”

Trade Show Executive joins Shapiro in asking for widespread industry participation in the fight, starting with submitting comments to the FTC by the February 22, 2022 deadline. Given postal delivery delays because of heightened pandemic-related security measures, filing online is most expedient and highly recommended.

In the meantime, Grossman recommends that trade show organizers and participants, and members of the business community at large, adopt the same vigilance and best practices they do as individual consumers when it comes to phishing e-mails, false claims of affiliation or endorsement and other scams.

“Those same principles apply here when you are talking about business impersonation fraud,” he said. “Do you recognize the domain name? Are you expecting an e-mail from the sender? Does it match past correspondence that you know is legitimate and comes from official channels? These and like tests are quick and easy ways to spot and avoid a bad actor.”

Trade Show Executive will be checking back with CTA as this important regulatory process develops. Stay tuned — and vigilant.