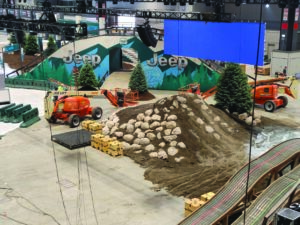 CHICAGO — Different than other shows in the past, this year’s Chicago Auto Show expands with an outdoor street festival vibe featuring food trucks, local breweries and music, while showcasing the industry’s latest vehicles. This gathering marks one of McCormick Place’s first live in-person events since the COVID-19 pandemic shut down the city in mid-March 2020. The iconic show is also the first large-scale show to take place in Illinois.

In addition to the street fest, there will be indoor test tracks, outdoor activations and consumers will be able to test drive brand-new vehicles on some city streets.

“This special-edition show marks McCormick Place’s first large convention to take place in Illinois since the onset of the pandemic, hopefully setting the stage for months to come,” David Sloan, President of Chicago Automobile Trade Association and General Manager of the Chicago Auto Show, said.

The Chicago Auto Show was one of the last gatherings held at the convention center before the shutdown and is now one of the first to reopen. “We are different than traditional trade shows where you have a larger number of smaller exhibitors. We have a small number of large exhibitors, with most of our attendees being local.” Interestingly, during the Auto Show, the Advertising Specialty Institute’s ASI Show Chicago will take place in the North Building.

“It’s like McCormick Place’s world premiere. We’ve been waiting for months for live events to come back, and here we are,” David Causton, McCormick Place General Manager, said. “The Auto Show begins our entire reactivation plan. Hotels and restaurants in and around McCormick Place have reopened, and it feels so good.”

The auto show kicks off 122 major shows that are back on the calendar at McCormick Place, representing 1.9 million visitors and $2.3 billion in economic impact, Causton said.

“McCormick Place is an important economic engine for our city and state, and we take very seriously the responsibility that comes with helping to get it running again,” Sloan said. 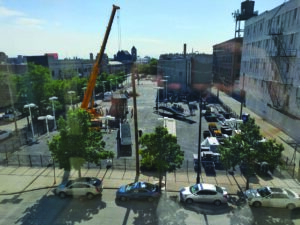 Although approval to have this year’s gathering was given in March, an announcement couldn’t be made until May. “We made a big splash that day across the country with this news,” Sloan said.

In 2022, the show will return to its February cycle. Organizers realize this July gathering will be smaller than in previous years because attendees have customarily bought tickets onsite, but this year all ticket sales are online.

“Not having an onsite box office means we will be white-knuckling it until the end. However, attendees will be able to buy tickets on their phones onsite,” Sloan said. “This year’s show will not only be smaller and shorter, but it will be different than all others. The pandemic offered us that chance to try something unique. We are the first to get approved, and we kick off 122 shows.”