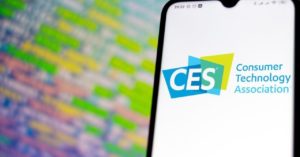 ARLINGTON, Va. — There are certain events and shows that are being used as a barometer to measure COVID-19’s impact—and CES, one of the biggest trade shows in the world—is right at the top of the list.

Tuesday, the Consumer Technology Association (CTA), which owns and produces CES, announced that the January 2021 event will not be held live in Las Vegas and go entirely digital, though the Paris and Amsterdam shows are still moving forward. The 2020 CES attracted more than 170,000 attendees, 6,000 media and 4,000 exhibitors last January.

“It was a very difficult decision, but one that we made with a high degree of certainty,” CTA President and CEO Gary Shapiro told Trade Show Executive.

The sheer size of the megashow has won it numerous Trade Show Executive awards year-over-year. The 2018 show ranked number 1 on last year’s Trade Show Executive Gold 100 directory of the nation’s largest shows.The 2018 edition of CES established a show record with 2,784,167 nsf, a 6.3% increase over the previous year. The expansion of the floor was fueled by a hefty 11.1% jump in the number of exhibitors, which included more than 1,000 start-up companies that took part in the show’s Eureka Park feature.

Second in line was the mammoth biennial IMTS (International Manufacturing Technology Show) which also set multiple show records for its metrics which grew 3.9% over 2016 to a record 1,424,232 nsf. Attendance also forged a show record with a sharp 11.9% jump to 129,415 while exhibitors were up 6.5%. IMTS cancelled it’s Chicago show in June due to COVID-19 concerns.

Related. Chicago is losing out on $1.4 billion in spending as trade shows keep canceling because of coronavirus. International Manufacturing Technology Show is the latest to be scrubbed.

Thousands of exhibitors had already signed up for and committed to CES 2021. “We reached out to our database and got 10,000 replies. Most were very supportive, but also very uncomfortable about attending a live event of this size,” said Shapiro. In 2018, the last show metrics that were published by TSE, the show had more than 4,400 exhibitors.

In the end, in fact, the show’s size was a major factor in the decision, along with several others. “When our executive board met and discussed this issue, we were driven by one mandate — to do the right thing,” Shapiro wrote in a LinkedIn article. “We concluded it is simply not possible to safely gather over 100,000 people indoors with a raging COVID-19 virus and no real hope for a tested and widely available vaccine by January. The world does not need more COVID-19 cases, and we decided we would do our part by ensuring we are not helping spread the disease.”

As with the thousands of cancelled and rescheduled shows, CES 2020 included a virtual component with dozens of keynotes and sessions available online—with great success, said Shapiro. He views this next step as a natural evolution. “Our plan for 2022 is to have a hybrid show.”

Shapiro a longtime stalwart supporter of the trade show industry and who also serves on TSE’s Editorial Board, was recognized in 2019 at the Trade Show Executive’s Gold 100 Awards & Summit with the publication’s highest honor, the Gold Standard in Excellence Award for his advocacy work and for bringing world-wide publicity to our industry. The CES team also took home the Marketing Genius and Green Initiatives Grand Awards last year.