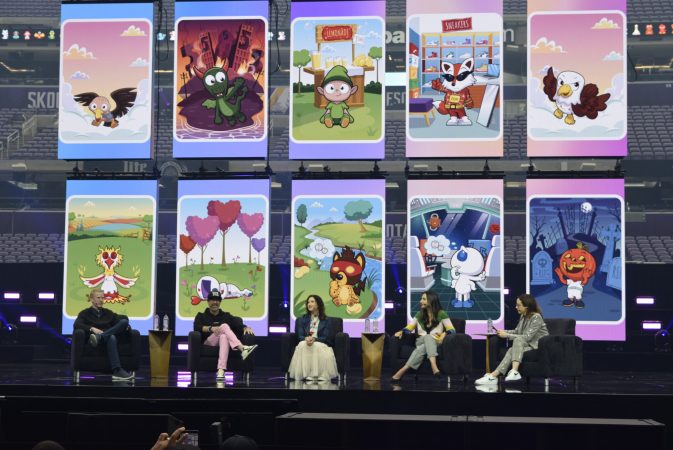 MINNEAPOLIS – By all counts, the first-ever NFT-ticketed convention, VeeCon, held May 19-22 at U.S. Bank Stadium in Minneapolis, was a grand success. Launched by social media mogul Gary Vaynerchuk, VeeCon, produced by VeeFriends, drew nearly 7,000 attendees from 47 states and 70 countries. In addition, this convention generated an economic impact of more than $21 million in Minneapolis, according to calculations by VeeFriends.

“VeeFriends and VeeCon was the culmination of my business and creative passions; this made it special to me to see the first inaugural VeeCon come to fruition here in Minnesota,” Vaynerchuk, CEO and creator of VeeFriends, said. Vaynerchuk, who also is a co-owner of three Minnesota esports teams, launched NFT project VeeFriends to help build a community around his creative and business projects using NFT technology. “I am so grateful to bring iconic figures together to meet the VeeFriends community and speak about topics I’ve been passionate about my whole life.”

“We were honored to host the first major gathering of the VeeFriends community,” John Drum Jr., General Manager of U.S. Bank Stadium, said. “There’s a ‘WOW’ factor for attendees and first-time guests when they come into a venue like ours that has hosted Super Bowl LII and the 2019 NCAA Men’s Final Four. It was exciting to maximize the versatility of the stadium for a B2C event like this, and the VeeCon team took advantage of the unique space the venue offers.”

ASM Global manages 98 convention centers, among other convention venues. “By producing VeeCon at U.S. Bank Stadium, ASM Global demonstrated its flexibility and adaptability to meet the changing needs of our clients while gaining valuable experience in supporting NFT ticketed events. We are sharing our key learnings from VeeCon across our portfolio of venues to support other cutting-edge events that want to deploy this technology at their shows,” Bob McClintock, Executive Vice President Convention Centers, ASM Global, said. “Since VeeCon, we have fielded a number of queries from event organizers about how the process worked and how it can be adapted for other events. Our clients look to ASM Global for thought leadership and innovation, and we deliver by sharing best practices on first-time activations like this one.”

Ron Bension, President and CEO of ASM Global, added, “It’s more important than ever to gather communities together in person. Hosting VeeCon offers U.S. Bank Stadium and ASM Global the opportunity to lead these large-scale events back to life. This launch event continues the upcoming business-meeting boom that we are seeing in Minneapolis and worldwide.”