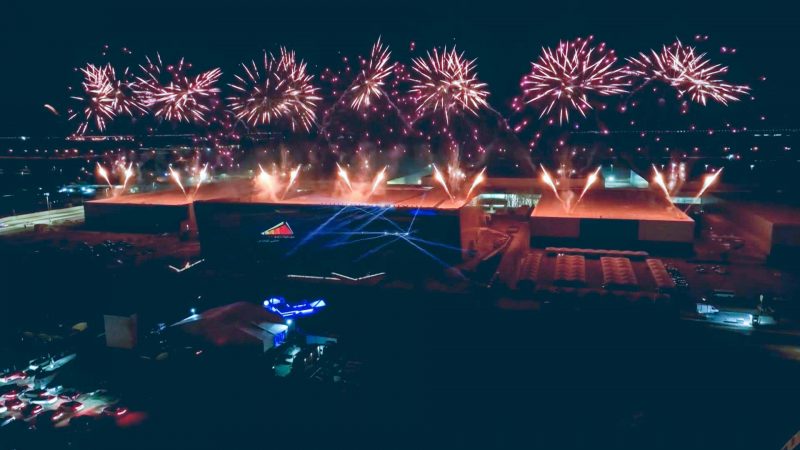 SAKHIR, Bahrain — ASM Global made history with the inauguration ceremony of Exhibition World Bahrain, which is now the largest exhibition center in the Middle East at 95,000 square meters of exhibition space and managed by ASM Global.

The venue features adaptable and flexible design, with 10 halls with a combined total of more than 1 million square feet, a 4,000-seat Grand Hall, 94 meeting rooms, 25 F&B, three entrances and retail outlets throughout the concourse, allowing it to hold several events simultaneously.

“This moment is the culmination of our plan developed during the pandemic leveraging our belief that this part of the world would be the quickest to not only return to normal but move quickly to dramatically increase its convention and exhibition market share,” ASM Global President and CEO Ron Bension said.

Following the grand opening, which was attended by His Royal Highness Prince Salman bin Hamad Al Khalifa, the Crown Prince and Prime Minister of Bahrain, Exhibition World Bahrain opened to the public for three events: Jewellery Arabia, which used 54,000 square meters of exhibition space, Scent Arabia‘s first-ever exhibition that debuted alongside Jewellery Arabia and Cityscape, all of which are produced by Informa Markets. More than 100,000 visitors were in attendance over the course of five days.

There are more shows to come at the end of this year. “The Arab International Cybersecurity Summit is taking place Dec. 6-8 and will be held under the patronage of His Royal Highness the Crown Prince and Prime Minister of Bahrain, followed by Autumn Fair, which features thousands of products from merchants from around the world and is expected to see over 150,000 visitors over the span of nine days,” Dr. Debbie Kristiansen, General Manager, Exhibition World Bahrain, said.

“We’ve also have an active calendar of events of 2023. The announcement for these events will come in due time, but we have seen a phenomenal level of interest from international organizers and bookings well into 2024 and 2025,” Kristiansen said.

Bahrain announced a four-year strategy for its tourism sector, as part of the Kingdoms’ Economic Recovery Plan, to attract 14.1 million visitors and for tourism to make up 11.4% of its GDP by 2026. In the first half of 2022, Bahrain saw its total tourism revenue reach $1.7 billion, and it registered 6.9 million visitors by the end of September 2022.

“We are aligning our plans with the objectives and goals of Bahrain Tourism Strategy 2022-2026, and a key component of the new strategy is integrating international marketing, events and infrastructure into one transformational agenda that will help accelerate Bahrain’s tourism growth. Exhibition World Bahrain is a key part of making that happen,” Kristiansen said.

The Bahrain Economic Development Board, supported by Team Bahrain, reported that they had secured $291 million worth of direct investments to its tourism sector in the first three quarters of 2022. The investments are expected to generate 1,090 new jobs in the tourism sector over the next three years. In total, Bahrain has attracted $921 million in direct investments from 66 companies as of September 2022 and is expecting those investments to create more than 4,700 new jobs in different sectors of the Kingdom, including finance and IT.

“We are proud to be collaborating with Bahrain Tourism & Exhibition Authority to increase visitation, further establishing Bahrain as a global destination,” ASM Global APAC & Gulf Region Chairman and Chief Executive Harvey Lister AM said. “The opening of this iconic landmark venue aligns with the aspirations of Bahrain’s Vision 2030, helping to advance economic competitiveness and driving diversification of growth. We will continue to support those aspirations and encourage others to explore and take advantage of the many opportunities on offer in the Kingdom. ASM Global is also passionately invested in mentoring and building the talent and skill set of young Bahrainis, creating a strong and energetic future for Bahrain.”