As Anti-Government Protests Continue in Hong Kong, Most Exhibitions Open as Scheduled Without Incident 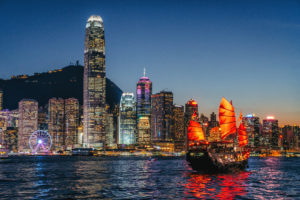 HONG KONG — As anti-government protests continue for the 14th consecutive week in Hong Kong, most trade shows and conferences have opened as scheduled without incident.

One notable exception, the Seafood Expo Asia (SEA), originally scheduled for September 3-5 at the Hong Kong Convention and Exhibition Centre (HKCEC), was cancelled.  On August 21, Diversified Communications, organizers of SEA, announced that it would not hold the 10th edition of the expo, which was anticipated to draw more than 7,500 seafood professionals with exhibiting companies coming from more than 34 countries and visitors from 68 countries. The decision was made in response to the ongoing events in Hong Kong and careful evaluation of the current situation, pending demonstrations, and the impacts on the event, according to a press release from Diversified.

Although there have been road closures during several public demonstrations, both of the major venues for trade exhibitions and international conferences, the HKCEC and AsiaWorld-Expo (AWE), are accessible by car, and public transportation including the subway, which is fully operational.

“Business is as usual in Hong Kong,” said Hong Kong Exhibition & Convention Industry Association (HKECIA) Chairman Stuart Bailey. “At this time, we are seeing that major exhibitions and conferences in Hong Kong are running without incident or interruption. Exhibition and conference events were not targeted for disruption. Hong Kong is definitely still open for business and safe to travel. Of course visitors should take extra care and be mindful of areas in which protests might be taking place and take note of any special traffic arrangements such as temporary road closures and disruptions on public transport. But it’s worth remembering that Hong Kong is consistently ranked one of the safest cities in the world.”

Despite opening as scheduled, Asia Fruit Logistica closed early because of anticipated protests over the weekend. On its show web site, organizers said: “We have been relieved to see that the legal injunction protecting the airport and the exhibition centre has been extended. And the protests that you will have seen in news reports on your TV are still concentrated over the weekends in Hong Kong. With this in mind, it was decided that we should shorten the final day of the exhibition by a couple of hours. By closing at 3 p.m. on September 6, our exhibitors and visitors can avoid any disruption to their journey home ahead of any protests at the weekend in Hong Kong and most importantly can leave the exhibition stand in good time without incurring penalties.”

Informa Markets expected the Restaurant & Bar Hong Kong X Gourmet Asia 2019 and Natural Organic Asia 2019 to draw more than 550 international brands and 16,000 trade buyers from around the globe to participate in the 3-day show this year.

June to August are peak months for mega-consumer exhibitions in Hong Kong. Despite public protests that have attracted millions to various locations around the city, all scheduled exhibitions ran smoothly without interruption, according to HKECIA. The annual Hong Kong Book Fair drew nearly 1 million visitors over seven show days.

The annual trade and consumer exhibition, the Food Expo, and three concurrent exhibitions, which utilize all the exhibition halls at the HKCEC, was held as scheduled August 15-19 with no interruption despite the large-scale peaceful rally on August 18. The four exhibitions brought together more than 2,100 exhibitors and welcomed a total of nearly 450,000 visitors.

There were cancellations of flights departing and arriving Hong Kong on August 12 and 13 due to operation disruption at the Hong Kong International Airport but operations resumed since August 14. The Airport Authority Hong Kong has obtained an interim injunction to restrain persons from unlawfully obstructing the airport’s operation. At the same time, access control at the airport terminal buildings has been implemented. Passengers are reminded to arrive early for the relevant checks.

On Wednesday, September 4, Hong Kong’s Chief Executive Carrie Lam announced the government would officially withdraw the extradition bill that sparked protests which began in early June. Despite the concession, protests were planned for the weekend as protestors push for other demands to be met.

“The government decision to retract the legislation will hopefully settle down the protestors,” said David DuBois, President, International Association for Exhibitions and Events (IAEE), who flew through the Hong Kong airport in August without incident. “Peaceful democratic demonstrations are important for the exhibition industry to continue to support free and open trade. No matter what city your show is held in, you have to make sure your safety and security protocols are strong.”