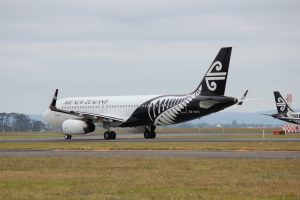 SYDNEY — Starting in April, Air New Zealand will ask its passengers flying between Sydney and Auckland to use the International Air Transport Association’s (IATA’s) Travel Pass app for a three-week trial run. The move is seen as a step toward a potential future vaccine passport that could become a standard for international travelers in Australia and around the globe.

The app can receive verified test results or vaccination certificates directly from participating health providers. In this trial, use of the app won’t be mandatory and will only be used for passengers to show proof of their negative COVID-19 test results. Air New Zealand is the first airline to use IATA’s app, but numerous airlines including Singapore Airlines, Emirates, Etihad, Qatar Airways and British Airways have expressed interest in using it as well.

Just this week, Qantas Airways, Australia’s national carrier, pushed back the date to resume international flights to October, when it is expected that the country’s population will be fully vaccinated. Qantas had announced in November that it would require international passengers to prove that they had received a COVID-19 vaccine once they were rolled out, and Alan Joyce, Qantas CEO, told CNN at the time that this would become a “necessity.”

All of this has led to a scramble among mobile health apps like VeriFLY, CommonPass and ICC AOKpass to add functionality for travelers to present their health data. The most prominent effort in this arena is the Common Pass, created by Commons Project and The World Economic Forum and now undergoing trials. The Airport Council International, a group representing almost 2,000 airports around the world, has agreed to use the CommonPass, and OneWorld, Star Alliance and SkyTeam, which represent 58 member airlines, have expressed their support.

Meanwhile, in Australia, David Longman, Managing Director, Diversified Communications Australia, sees the steps being taken toward an eventual vaccine passport as a welcome move. “If there was a way international business travelers could enter Australia safely then it would be a major boost to re-establishing our international trade presence at our events,” he said. “The sooner we can safely return with international buyers, sellers, delegates and speakers, the sooner our events can return to some sort of cross-border normality.”